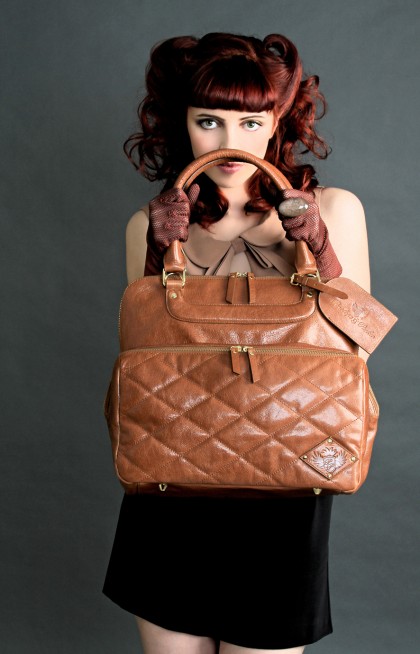 With the Olympics less than a year away, the world’s eyes are firmly focused on Britain as it prepares to host the most eagerly anticipated sporting celebration of modern times. Therefore it is currently the perfect time to take the opportunity to showcase the nation’s wealth of fashion design and manufacturing talent, the exact intent of online women’s boutique IndependentBoutique.com.

Launched in May 2011 to provide the perfect retail environment to promote collections from the cream of British designers, IndependentBoutique.com supports both new and established labels to all sell their own collections online as a collective. With already over 60 British independent brands utilising the site, IndependentBoutique.com boosts one of the most unique selling spaces available online, combining both the convenience of shopping online and the opportunity to find unique items, whilst also providing the personal touch expected from a local boutique. IndependentBoutique.com sells a wide selection of womenswear, lingerie, jewellery, accessories and footwear from hand picked British designers.

Victoria Le Marquand, founder of IndependentBoutique.com, set up the site after realising the collaborative potential for British brands as well as the damaging effect of the recession, having owned her own cashmere brand Marmalade for six years. “It became apparent that we should all join forces and create a fantastic selling space for everyone” explains Le Marquand, “Selling as a collective means that we can benefit from the rewards enjoyed by the bigger retailers such as reduced shipping costs. The response has been fantastic and the site is growing daily. We all strongly believe that it is imperative that we unite and support British fashion and manufacturing after the tough time it has had recently.”

Currently selling through the site are exquisite collections from established designers including Blank London, Lowie, Comfort Station and Zoe Boomer (pic. left) that sit neatly alongside new and emerging talent such as Cabinet Jewellery, Rae Jones and Neurotica. The site continues to grow and welcomes Autumn / Winter collections from worldwide acclaimed British designers such as Madeleine Thomson in August.

As well as being supportive of Britain’s design talent, it cannot be ignored that over half of the brands sold through IndependentBoutique.com also manufacture in the UK, therefore making the site a major supporter of the local manufacturing industries. In demand labels include Makepiece, (pic. right) whose beautifully crafted knitwear is manufactured in a sustainable and eco-friendly way from their own farm. Luxury leather goods brand Penelope and Parker, delivering elegant leather accessories of exceptional quality direct from their base in the English countryside are some of the most sought after brands.

Sustainable British fashion is also key to the make up of IndependentBoutique.com with brands such as Little Glass Clementine (nominated by Selfridges as one of their “Bright Young Things”) delivering a jewellery collection that is a narrative of collected treasure, discarded objects and precious gems all re-used and re-cycled in the hope to re-tell a story. Meanwhile brands including Purl Alpaca (pic. left) from Award winning designer, Kari-Helene Rane, delivers a sumptuous knitwear collection made from fleece provided by Houghton Hall Alpaca Farm, Cambridgeshire as well as the Purl herd. The whole collection is hand knitted in the UK in only the natural colours, not dyed, meaning no harmful chemicals are used at any stage in the production.

So whilst the world awaits the lighting of the Olympic flame in 2012, Britain has the opportunity to show off its talent outside of the sporting arena and the future is looking very bright for British fashion as a whole.