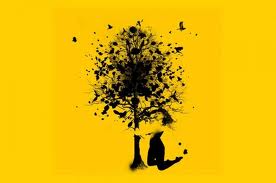 The Royal Court’s Jumpy is a frank and funny family drama questioning parental anxieties and life after fifty.

A mother, a wife, and 50, Hilary once protested at Greenham. Now her protests tend to focus on persuading her teenage daughter to go out fully clothed.

Olivier Award-winning actress Tamsin Greig (The Little Dog Laughed, Much Ado About Nothing, The God Of Carnage) stars in the Royal Court production as Hilary.

Jumpy is written by April De Angelis. Her previous work at the Royal Court includes Wild East and Catch. The show is directed by Nina Raine whose last play at the Royal Court, Tribes, was nominated for an Olivier Award for Best Play.

Jumpy is suitable for people over the age of 14.