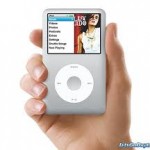 This month the world lost an innovator whose legacy is felt worldwide every day. The founder of Apple Steve Jobs, who on the 5th of October lost his long battle with cancer, has had an undeniable effect on the way that we use technology. Jobs’ legacy, from the introduction of the personal computer in 1978 to the revolution of the music industry, with the launch of the iPod and iTunes at the beginning of the millennium, has had a profound effect on importance of technology on the world.

Jobs’ legacy, Apple, was started in 1975 when, along with friend Steve Wozniak, Jobs created the first Apple Computer. The Eighties saw possibly the most important Apple product with the launch of the Apple Mac which would revolutionise the computer for personal use. Despite this early innovation, arguably the most significant product made by Jobs’ Apple would be the iPod released originally on the 23rd October 2003 which would come to redefine the entire music industry. The first year of the iPod and its software iTunes saw the downloading of 30 million digital tracks and on the 24th February 2010 the company sold its tenth billion download. Not content with revolutionising the music and computer industries, the launch of the iPhone in 2007 brought together all of the Apple products and revolutionised the mobile phone industry, being, as Romain Moisescot, creator of allaboutstevejobs.com has written, ‘the equivalent to putting a computer, an iPod and a phone in your pocket’.

The personal computer industry that was started by Job’s would be redefined in 2010 with the iPad, which would hail the start of the ‘Post-PC’ era. The iPad, Jobs claimed would eradicate the need for the PC altogether. If this prophecy is realised, than Steve Jobs will have played a crucial part in the foundation and destruction of a single technology, without which many facets of life would fail to function.

At the heart of Jobs philosophy was the need to think differently and he claimed that the people that used Macs were dreamers who would change the world. This statement seems to describe best Jobs himself, as his influence on technology in undeniably far reaching and as Apple continue to create innovative products the legacy of its founder will no doubt endure. This legacy is best illustrated with the queues of people waiting for the launch of the new iPhone, the 4S, released last Friday which sold 4 million in its first weekend.