HomeGeneral NewsHave you ever fancied yourself as an author?
General NewsShopping

Have you ever fancied yourself as an author? 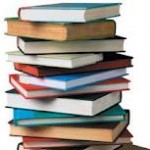 With the recent end of Big Brother and the latest series of I’m a Celebrity, not to mention the X Factor, we have never had so much influence in the TV that we watch and the music that we listen to. Now, one company is taking the power that Simon Cowell gives us over the next popstar and applying it to the world of publishing.

This shake up of the way that we read is being pioneered by new website Unbound.co.uk. Launched in June, Unbound allows readers to have a say in the creative process of writing a book, ultimately letting them decide which ideas will get published.

The sites creators, Dan Kieran, Justin Pollard and John Mitchinson, describe the basis of the site as a vehicle to cut out the middle man of publishing.  As one of the founders explained, “readers are the people in the book industry who really matter and yet they currently have no say in the selection process at all”.

So how does it work? All you have to do is visit the website and decide on a project that you like the sound of, then you would be able to pledge money towards the writing of the book. Support for a new book comes at different levels, from as little as £10 you can gain access to the authors “Shed” which allows those who fund the book to read interviews, draft chapters and even give their own input into the creation of the book, by commenting on the authors work. £20 will give you a first edition hardback, while if you could spare £250 for a project which really catches your eye then you would be invited to lunch with the author and get to attend the books launch party along with a variety of other goodies.

Unbound is a innovative way of getting budding writers published without going through the traditional publishing process, although you do need a literary agent in order to submit an idea. It is not just unknown writers who are using the Unbound project, as ideas waiting funding include Kate Mosse’s book on the fiftieth anniversary of the Chitichester Theatre. Mosse, whose internationally bestselling Lanuedol series has made her a well known author, ­­­is seeking to write a history of the theatre in Chichester, a project also created through public interest and funding.

For more information about the Unbound project, or to get involved visit Unbound.co.uk.