HomeentertainmentThe Line up for 2012’s Southport Weekender is released
entertainmentMusic

The Line up for 2012’s Southport Weekender is released 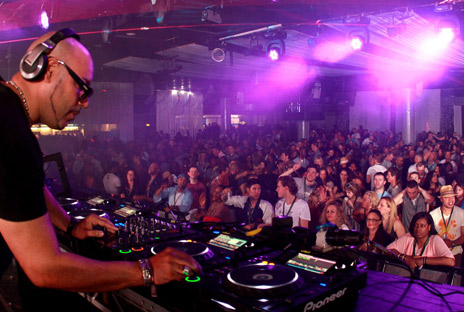 One of UK’s forefront festivals celebrates it’s 25th anniversary next year. Southport weekender is back, bigger and better in 2012 with a line up that is second to none.Legendary DJ names such as Frankie Knuckles, David Morales, Danny Krivit, Kenny Dope, Kerri Chandler, Joey Negro, DJ Jazzy Jeff, David Rodigan, Fabio & Grooverider, Al Kent, Norman Jay , Gilles Peterson and Chelsea Monthly’s artist of the year, Experiment will also be performing a live set from his forthcoming 2012 album release Love=Chemistry in the Powerhouse.

The event has become a globally recognised club brand with spin off festivals in Croatia and a successful compilation series to its name. In 2011, it moved to its new home in Minehead with an increase in capacity of festival fans. The new Minehead site offers 5 separate dance arenas covering soul, hip hop, vocal and deep house, R&B, disco, techno and more, from a carefully selected pool of globally recognised, tastemaking DJs and some of the best residents in the UK. The 25th anniversary will be lead by a Def Mix reunion, as it sees David Morales and Frankie Knuckles reunited as headliners of our largest room, The Powerhouse. Many more DJs will be added to this line up after Christmas, along with all our fantastic live acts.