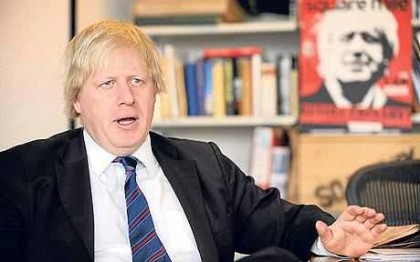 John Biggs, Labour’s Olympics Spokesperson, has written to Mayor Johnson and LOCOG seeking assurances that all workers at the Olympics will be paid, if they knew that a company providing workers for the Olympics would be forcing people to work for free and in light of the revelations whether they believe the company is suitable to be given a contract for the Olympics.

Labour London Assembly Member, John Biggs said: “The fact that anybody, let alone unpaid workers, were forced to sleep under London Bridge is truly scandalous. To make it worse it appears that many of these people were essentially blackmailed into taking unpaid work, otherwise they wouldn’t be able to work at the Olympics or would risk losing their benefits. How many of us would accept working unpaid, being forced to sleep outside and not given access to changing rooms or toilets? This incident is a sad indictment of the way our country is headed.”

“I have written to the Mayor and the London Organising Committee of the Olympic Games to get to the bottom of this scandal and find out whether there will be a repeat at the Olympics. It is simply unacceptable in the 21st century for people to work unpaid and be forced to sleep outside. The company have tried to blame a logistical mistake, but the simple fact is they had a duty of care to their workers and they failed.”