HomeMusicWe get a chance to speak to Becky Wixon, just after her release of ‘Old Soul’
Music

We get a chance to speak to Becky Wixon, just after her release of ‘Old Soul’ 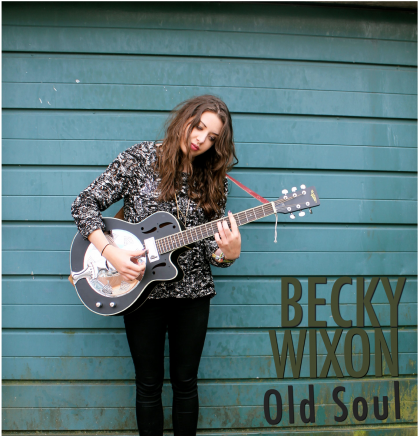 Today Chelsea Monthly is talking to Becky Wixon, an up and coming artist from High Wycombe who has just released her track ‘Old Soul’ on the Independent Charts, and managed 3rd place in just 3 hours!

Hi Becky, so has music always been a part of your life? How long have you been writing and performing for?

Hi! I’ve been playing guitar since the age of about 8 and writing songs ever since. I’m 18 now so music has taken a large proportion of my life! I think I was about 11 or 12 when I played my first gig.

Your track ‘Old Soul’ has just been released, I believe it’s 3rd in the top 100 singles this week on the Independent Charts, how was the reception to the release?

I couldn’t believe the response it got! When I’ve released songs before they’ve had a few hundred plays maybe, I was overwhelmed by the amount of plays and ratings it got so quickly. Getting into the top 3 within a few hours of the release just put the cherry on the top.

Care to talk us through the creative process and
inspiration for this track?

I wrote this song about 8months ago, around the time when I was listening to a lot of blues and folk music, which is a clear inspiration. I’ve been playing it live for a while now but haven’t had a chance to record anything properly for a few years. I was 16
when I released my last EP and my music has developed and matured a lot since then. A good friend Paul Carr invited me to record in his home studio a few weeks ago and we got it finished within a few hours. We experimented a lot with the percussion and backing instruments – I even recorded my banjo for the first time!
Where can we find you playing live? Have you got a favourite place to play?

My next gig is on the 19th October at The George and Dragon in Chesham, supporting Jonpaul Palombo, which I’m really looking forward to. My favourite place to play has to be where it all began at The Nags Head in my hometown, High Wycombe. It’s been going through a rough patch recently though and almost faced closure so I really hope it makes it through.

If you could play any venue in the world or any show
that’s ever been with any artist ever, who and where would it be?

What a question. The first thing that came to mind was playing with The Beatles at The Cavern Club in Liverpool where they began. I’ve actually already played at The Cavern Club before, but 50 years too late!
But as venues go I don’t think they define a gig, the crowd does. That’s why festivals are so great! In that sense I would love to play Glastonbury festival. Playing Woodstock in 1969 with Janis Joplin and Jimi Hendrix would be very cool too.

How do you find the time to balance life and music? Do
you spend a lot of time practising and writing?

Recently music has sadly taken a backseat. I’ve just finished my A-levels, so I have been focusing mainly on that recently. For the past few years the only time I’ve had to do music is when I tutor it after school or work, and the occasional gig where I’ve been playing the same old material. For those reasons I have decided to
take a gap year this year to focus more on music and give it a real shot.

There have been times when I’ve played gigs to empty rooms, or venues when I’ve sung my heart out and just been talked over. I’ve been really close to giving music up after bad gigs like those. But then there have been incredible shows where the crowd has sung
my lyrics back to me, or when I’ve played to a room full of people in complete silence because they are listening so hard. My advice is just to take bad shows on the chin and remember the incredible ones. I’ve also had quite a few knockbacks when entering music competitions. My advice would be DO NOT ENTER
TALENT SHOWS they are ALL for money and don’t care about talent.
What does the future hold for you Becky? Any plans to
tour, or get out to any other countries for that matter?

I’m still just a struggling singer-songwriter playing the same empty
cider-smelling venues for now. I’d like to do a little UK tour later on in the year if things work out. I’ve actually been planning on starting a band instead of playing solo in the near future. I’ve always felt more confident playing with a band and I think it will give my blues direction the energy it needs, so watch out for that!