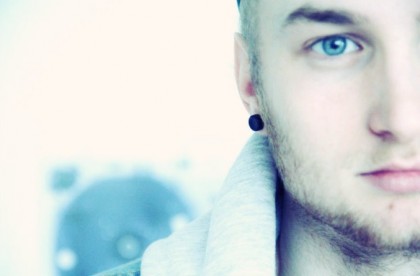 Today we have the honour or speaking with Tim the mastermind behind ‘Maths Time Joy’, and picking his brain about music and life.

So Where Did the Name ‘Maths Time Joy’ come from? How did you get started
in the music game?

Maths Time Joy is an anagram of my first two names Timothy James, I’d been
using it for a while before I started producing seriously. I thought of
changing it when I launched for real, but I don’t think an artist name is
that important really and its something you can spend ages deciding on and
get kind of lost in.
I’ve been producing for about 3 years seriously, but I played in bands a
lot when I was a teenager and always wrote songs. I produced hip hop mainly
to start with, and I still produce that kind of music with another producer
in a team called PNT Worldwyde.

Is there a particular meaning behind each song, what inspires you to create
the music that you do?

Loads of things inspire my songs. Relationships are obviously a big
feature, but a lot of visual stuff inspires my music as well. I think music
and visuals go hand in hand, I’m really into films. My latest single ‘Walk
With Me’ was inspired by the TV Show Twin Peaks. I’m a big David Lynch fan
in general, I really like the way dreams link into all of his films.

What about the creative process? Do you start with a melody, or a bass line
and work from there, talk to us a little about the production, any
favourite synths or plugins?

It varies really; I generally start with the chords, and the drums. Then
everything else falls into place really. I’m not really that into the
technical side of things like what synths and plug ins to use. I think if
you’re limited in terms of what you have to work with it forces you to be
more creative with what you have. I use Logic, but I don’t have any
external synths or anything. I use Waves plug ins when im mixing especially
on vocals. There’s a certain sound that having those kind of plug ins gives
you that’s hard to describe.

What about live gigs? Where can we find you playing?

I’m not playing live at the moment, but I’m gonna start DJing quite soon. I
do want to end up playing live, that’s the goal, Its always a much more
interesting to see someone play live that just DJ. I’m not going to be
playing live anytime soon though, I’d need time to sort out the live show,
and everything that comes with that.

Have you got a favourite venue? If you could play any venue with any artist
who would it be and where?

I remember when I was traveling I went to the Syndey Opera house, and I
thought to myself that I wanted to play there when I was older. But I don’t
know if that’s really somewhere that artists play. I like the royal albert
hall too, but other than that I’m not sure. I like playing venues that are
unique or in unusual surroundings. Outdoors somewhere would be cool. I’d
love to play with flying lotus when he does his live show. His music is one
of my biggest influences really. I’d like to play with Bon Iver too.

Are you writing anything new at the moment? Do we have any new tracks to
look forward to?

Yeah I’m working on a new 3 track EP at the moment which a blog is gonna
host for me. I’ve just got 1 more track to finish so that should be out
within the next couple of months. After that I wanna kind of slow down my
releases, I think its important not to flood the market with too much
music. Also I wanna find the right platform to release my next project,
maybe a label. I’ve got a couple of remixes that will be out some time
fairly soon as well.

What challenges have you faced on your road to where you are now? What have
you done to overcome these challenges?

I’m not sure about challenges really. I guess not being able to spend loads
of money on equipment is a challenge, but as I was saying I think that
forces you to be more creative with what you have so its not such a bad
thing. I guess its also a challenge trying to juggle all my different
projects at once. I’m always producing, so trying to find a balance between
doing MTJ music, and other producing is kind of difficult sometimes.

I guess just have a plan of where you want to go, and make sure you know
where you fit in within the market. It’s cool now that anybody can start
producing with it being so easy to buy software and make music at home, but
If its something you want to do seriously I’d say its important to
establish that early on, and make sure that everything you do and you
associate yourself with is professional.
I think if you are driven, and confident in your own ability and ambitions,
then you’ll know already kind of know what you want and how to achieve it,
or at least take the right steps.

What does the Future Hold for Maths Time Joy?

Lots hopefully, I’ve started to get some attention for my music, on a small
scale, but I’m still a long way from where I want to be. I’m starting to
move within the right circles though I think, and I know where I want to be
in the future, its just about putting in the work to get my name out there
and build my profile.