HomeMusicCole Degenova speaks about his music and being an artist.
MusicUncategorized

Cole Degenova speaks about his music and being an artist. 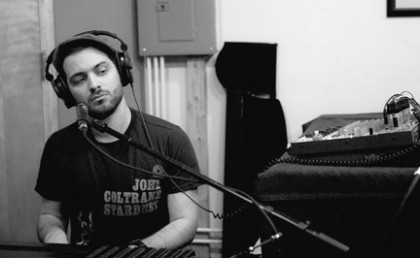 We get to speak to Cole Degenova based in Chicago, just after the release of ‘Those Kids’ through the Independent Charts about songwriting his music and the challenges of being an artist.

Hi Cole, thanks for having a chat with us about your music! So how long have you been playing and writing for?

I started playing piano when I was 4. I started coming up with songs pretty soon after that. I would record them by singing them on cassette tapes. For years I did that.

What made you want to be a songwriter?

Well I was always a musician. My parents were musicians. It seemed like a natural progression to start coming up with my own songs. I listened to a lot of Beatles and Michael Jackson when I was little. I guess I wanted to imitate them.

What about the creative process? Do you start with a melody, or lyrics and work from there?

I usually always come up with the music first, either sitting at the piano or just walking down the street. I’ll often hear the whole song in my head
before I ever sit down to figure it out musically or to write out lyrics. Rhythms and grooves are usually a driving force as well. Then later I’ll sit down separately and write out lyrics, as if I were writing a poem.

You recently released a track on The Independent Charts ‘Those Kids’ could you tell us a little about the song?

I wrote that song a couple of years ago. I wanted to write something that had a little more a rock edge to it, cuz that’s what I was listening to at the time. It’s also, like most of my songs, very autobiographic. Each stanza is an allusion to a time when my generation and/or friends really inspired me. I feel like sometimes my generation needs to be reminded that we have things to be proud of. We’re not as apathetic as everyone makes us out to be.
Where could we find you playing live?

I’m based out of Chicago, so I’m often playing around here. But I do a lot traveling around the states and will be more in the next few months. I’ll also be in London and Paris in November playing some shows. Hopefully there will be more Europe shows to come.
Have you got a favourite venue? If you could play any venue with any artist who would it be and where?

My favorite venues are small intimate clubs that we can pack with our friends and fans. So I don’t know what my favorite venue is. The audience makes the venue. I’d love to play a show with poet/musician Saul Williams. He’s been a big influence on me musically and lyrically. I don’t care where. Spain? Africa? Brazil?

Are you writing anything new at the moment? Do we have any new tracks to look forward to?

Considering my recent album release “Another Country” took almost a year and a half to finish, at this point I’ve got almost a whole another album’s worth of songs I’d love to record. A lot of these songs I wrote while I was living in New Orleans earlier this year. Hopefully I’ll be in the studio sooner than later, at least by the beginning of next year.

What challenges have you faced as independent artists? What have you done to overcome these challenges?

The biggest challenge is that there’s no set path to success as an independent artist. You have to kind of make it up as you go. You also have to enjoy the chaos that comes along with that. You have to forego a lot of security (especially financial) and learn to have a lot of patience. You also have to learn how to sell yourself and make your art into a business, which is hard for most real artists to do. But these days, you have to do it. You can’t wait around for someone to do it for you. Also, make friend with everyone. The world is very small and you never know when that person will pop up in your life again. Also, don’t be too full of yourself.

How do you manage to balance Music and life?

Music is my life. It’s the only job I’ve ever had. I’ve never had a day job, and contrary to what a lot people think, being a self-promoting
independent artist ends up being a full time job. Also, my friends are all artists and musicians for the most part. Sometimes it drives me crazy and
other times I feel very blessed to be able to make a living out of what I love. I have to remind myself to take some alone time every day to relax my
brain and sit quietly. You’ve got to be able to shut off the business part of the job and reflect, or else you’ll never be creative.

Where do you see your music taking you? Where would you like it to go from
here?

My favorite part of playing music is being able to travel to new places and meet interesting new people along the way. As long as I can keep doing
that, I’m happy. Like anyone, I’d like to see my audiences continue to grow. I’d like to one day be able to just create freely and have other
people worry about the rest. Either way, I’d like to continue this crazy adventure as long as I can.