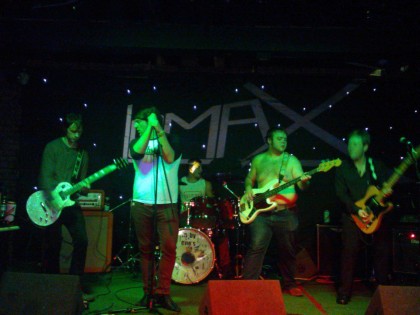 Today the annual Download Music Awards announces the nominees for this year’s highly anticipated Awards Show taking place on the 9th of November.

Each year artists from around the UK are given the fantastic opportunity to be nominated for 10 categories, whilst thousands of fans vote to decide which artist wins in each category.

Previous winners the Saturdays won The Best Newcomer category at the first ever Download Music award in 2009, and have gone on to become the number one artist in the UK and internationally.

Leicester based group ‘The Fores’ are amongst this years nominees in several categories, including Best Newcomer, Best Music Video, and Best Single going head to head with artists such as Ana Free, Gemma Mewse, and Wildflowers. Other Nominees include acoustic songstress ‘Jess Clayton’ who is looking to steal Best Single, and four-piece indie folk band ‘Racing Glaciers’ who have their sights set on Best Album, if competition from ‘The Correspondents’ isn’t too much to handle!

The Download Music Awards is held in association with British Music Week, The International Independent Charts, and the Official European Charts. The awards ceremony was launched in 2009 to recognise the achievement of independent artists, DJ’s, and bands throughout all different genre’s of music including: rock, pop, acoustic, indie, electronic, and urban to name a few.

Or buy them online here: http://downloadmusicawards.eventbrite.co.uk/

Nothing North of Alaska

Will and the People

Nothing North of Alaska

Will and the People – Lion in the Morning Sun

Cold Fields – Never Get Back

Cold Fields – Never Get Back

Jess Clayton – Voice for the Voiceless

Nothing North of Alaska – Memphis Time

Wildflowers – Took me to the River

George Montague – Have you met George

The Correspondents – What’s happened to Soho

Eugene McGuinness – The Invitation to the Voyage