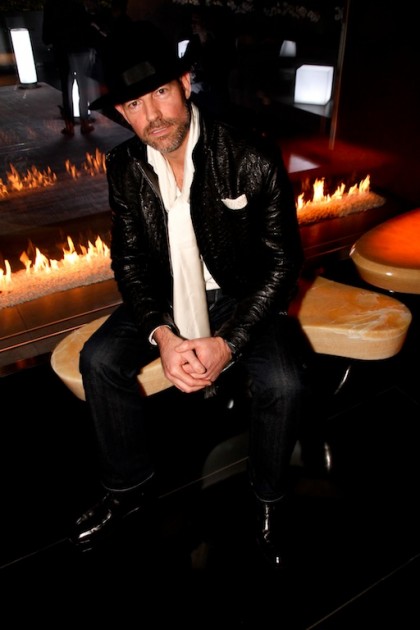 To celebrate Christmas in 2012, Grosvenor House Apartments by Jumeirah Living unveiled Ice-circles on Friday 30th November. Described as ‘London’s most innovative Christmas tree’, Ice-circles is a sculpture designed and installed exclusively for the Park Lane accommodation by artist-in-residence Mark Humphrey. Giving residents a modern and contemporary twist on a quintessential British Christmas, Ice-circles is fashioned from a series of perfectly-formed perspex circles which run from base to apex, with a green illumination that was switched on that evening. To help celebrate the lighting of the ‘tree’, guests were treated to a performance from Camilla Kerslake – recently signed to Gary Barlow’s new music label –  along with music from The New London Children’s Choir and the Grosvenor Chapel.

The piece of artwork resides in the Atrium within the heart of the Grosvenor House Apartments, while other sculptures from Humphrey appear throughout the building, including the Diamond Seat and the Cone of Flames.

Mark Humphrey commented, ‘The concave cone shape of Ice-circles, made up of over 60 ‘halo’ circles, 4m tall and weighing one tonne,  echoes the form of an icicle where light and shade  are frozen in time. Each frosted Perspex circle has its own cavity of light, coloured a festive evergreen, to form a translucent structure which illuminates the grand central atrium with my distinctive homage to Christmas.’