Life in the Spotlight: Linda Lusardi 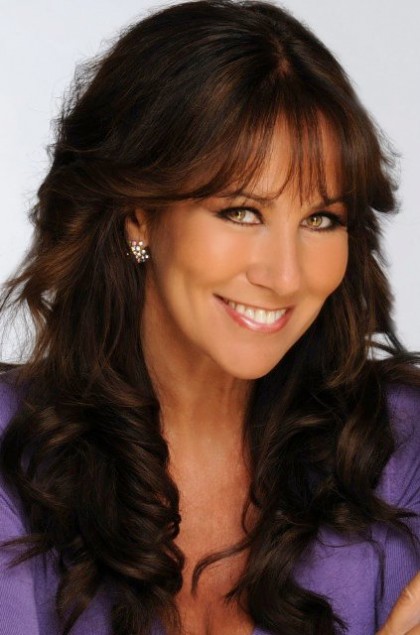 As a new year begins, we find ourselves falling back into the traditional ritual that sees us analyse the life we have lived for the past 365 days. We look back on our experiences, the highs and the lows, and wonder whether we would have done it all differently. For the lucky ones, this time of reflection brings a sense of fulfillment and satisfaction. One such individual has spent 36 years in the limelight and doesn’t regret a day – esteemed model and actress Linda Lusardi.

Her successful and varied career began incidentally, when she was spotted by a passer-by in the street and asked which modeling agency Linda belonged to. Linda then developed a small portfolio before recruiting an agent who suggested seeking out gifted photographer Beverley Goodway. After meeting with Beverley, her career as a Page 3 girl in The Sun was quickly launched at the tender age of 18. Linda says of Goodway; ‘One of the highlights of Page 3 was getting to know Beverley, who was not the kind of Fleet Street photographer you would imagine. He used to wear flamboyant bow ties and spoke very eloquently. He was the last person on earth you’d ever think would take Page 3 pictures!’ Sadly, Beverley passed away just 2 months ago, but leaves behind a lifetime of photographic work that will live on in his memory.

Lusardi’s career as a Page 3 model lasted 12 years before she retired at the age of 30 and decided to take up the challenge of becoming an actress. ‘I’d outgrown the modeling and wanted to try something new.’ Her first role was as girlfriend of D.S Don Beech in popular soap ‘The Bill’. She says of her acting experience; ‘I just love acting. It’s a completely different world – you’re learning lines every night and spending all day on set, so it’s hard work. But I used to sit in on scene rehearsals that I wasn’t even in because I wanted to learn as much as possible from the other actors.’

Linda transferred her newfound talents to the stage for pantomime in 1988, where she has passionately remained ever since for eachUK Christmas season. It was in 1997 that Lusardi starred as ‘Snow White’ with the role of the prince played by Sam Kane. The two quickly became an item and have been ever since, now married with two children, Jack and Lucy. You can catch Linda and Sam in their current pantomime, ‘Sleeping Beauty’, at the Civic Theatre in Darlington until 20th January.

During her years as a pantomime actress, Linda also indulged her secret passion for cooking when she appeared on and won Celebrity Come Dine with Me in 2008 and made it into the semi-finals of Celebrity MasterChef just last year. Her best cooking tip after taking part in Celebrity Masterchef is one she applies in her own kitchen; ‘I love to cook steak at home, but now, instead of tucking in straight from the pan, I cover the fillet and leave it to rest for 10 minutes to let the fibres loosen. It’s so much more tender!’

Her ongoing career in the spotlight continues to motivate Linda to keep her figure in top condition. ‘I run most mornings, and I use Electroslim pads to keep my bum toned!’, she says. But Linda has encountered health issues over the years, particularly when she was diagnosed with dry eye syndrome. In this condition, the tear ducts do not produce enough fluids and causes soreness and vision disturbances. Linda’s case of dry eye syndrome was particularly distressing, especially due to her acting commitments on stage, where heavy make up, bright spotlights and dry ice would only serve to irritate the condition more. ‘I had dry eyes for nearly 15 years.I had to put eye drops in the minute I opened my eyes in the morning, the discomfort was so severe.’ Linda then came across Omega 7 supplements that claim to keep the body’s mucous membranes lubricated. She started taking the supplement and after two weeks of daily doses, her symptoms dramatically cleared up. ‘The benefit after only a couple of weeks of taking the capsules was amazing. Now I no longer need my eye drops!’ Omega 7 was voted Natural Lifestyle ‘Best Supplement’ in 2011.

With her health in mind, Linda has now released her own skincare brand, My Miracle, which has been widely praised. Working with experts in Switzerland to create this ‘perfect’ range, My Miracle products boast a multitude of natural ingredients, including pure Swiss Glacial Water to Caviar extract, ‘Jewel of the Sea’. The range includes serums, moisturizers and cleansers, sold separately or as a collection.

So it seems, with her ongoing pantomime commitments, new skincare range and a loving family to keep her busy, Linda isn’t putting on the brakes anytime soon.

“I may be in my second half-century, but I’ve never felt better!”