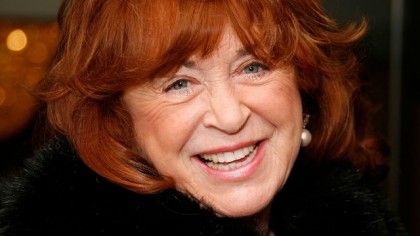 UK’s best-selling crime writer Lynda La Plante an Honorary Fellowship. The Society is giving the award in recognition of the accurate portrayals of forensic science in all of La Plante’s creative works. La Plante will become the first person inducted into the professional body outside of its traditional membership of forensic scientists, scene of crime officers, police and other related disciplines.

Having developed close working relationships across all sectors of law enforcement, La Plante is unique in the level of research she undertakes for each project and has earned a reputation in the criminal investigation world for the detailed and faithful representation of their work in her dramas. Visiting major crime scenes, mortuaries, prisons, and even involved in a drugs raid, La Plante has found her insights into forensics and policing invaluable in writing her many novels and television shows.

Lynda La Plante says: “I am very humbled that such an esteemed group of professionals feel my dramas give a realistic portrayal of the painstaking and often distressing work they do. It is always fascinating and a continual pleasure to work with the many different forensic experts involved in solving crimes. I have nothing but respect and a sincere appreciation for the work they do and advice they so kindly give me. I am thrilled to have been made an Honorary Fellow of the Forensic Science Society.”

Dr Ann Priston, the Society’s President said: “There are many television programmes focusing on forensic science at the moment, some of them bordering on pure fiction. Lynda brings a level of realism and understanding to her writing that is refreshing and exciting and it is an absolute pleasure to make this award”.

The Forensic Science Society was founded in 1959 and is one of the oldest and largest forensic associations in the world. The Society’s patron is the High Court Judge, Mr. Nigel Sweeney who has a wealth of experience in cases involving scientific issues. In 2004, the Forensic Science Society became a professional body, and the voice for Forensic Practitioners, in the UK and over 60 countries worldwide.