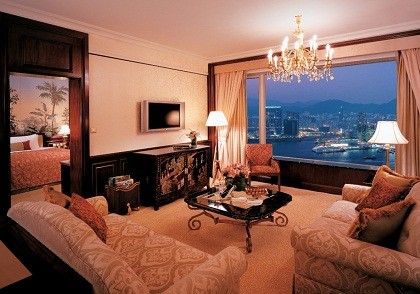 Michael Cascone, President and Chief Operating Officer of Forbes Travel Guide, said, “London is a world-class city, and we are pleased to introduce our global Star Rating system to the United Kingdom and Europe through the inaugural ratings awards. It comes as no surprise that London’s hotels and spas performed strongly against our global hospitality standards. The personalized service and attention to detail delivered at the city’s top properties places them among the finest hospitality experiences in the world.”

Forbes Travel Guide, formerly Mobil Travel Guide, has provided the most comprehensive ratings and reviews of hotels, restaurants and spas since its founding in 1958. The Forbes Travel Guide inspection process includes unannounced visits by a professional inspector culminating with a formal incognito inspection from which the property is measured against 500 standards. These standards weigh facility and service performance, with a primary emphasis on guest engagement and service delivery, across 17 categories of evaluation, including Arrival Service and Guest Room, with nine classifications such as Courtesy & Manners and Graciousness, Thoughtfulness, and Sense of Personalized Service.

Forbes Travel Guide’s system of inspections and ratings sets it apart as the undisputed authority on the finest hotels, restaurants and spas across North America and in Asian markets including Beijing, Hong Kong, Macau, Singapore and Shanghai, and now London. The next European destination to be unveiled will be Paris in 2014.

London, the destination, and its award-winning properties are showcased on Startle.com, the online home of Forbes Travel Guide. The site features access to many of the world’s leading hospitality brands and travel industry experts, with credible reviews and original answers to travellers’ questions from Forbes Travel Guide’s editors, tastemakers and inspectors.