Thinking of hiring a friend or relative for your Business venture? Think Again 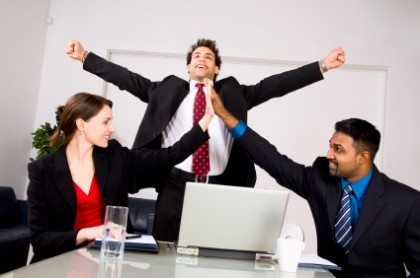 Employing a friend or relative has emerged as one of the most common ‘business mistakes’, research has revealed. The study showed that many business owners have made the error of giving a job to someone close to them, only to find they were unable to carry it out.

The report also found that overall, one in three bosses have hired someone who turned out to be totally unsuitable for the position, and a quarter have hired either a friend or family member who couldn’t make the grade.

Other common business errors made include pricing things too high or low and offering too many discounts.

The study, carried out among 1,000 business owners, also revealed bad decisions costs the typical business an average of around £2,340 every year.

The trend emerged as a part of the ‘However Big Your Ambition Report’,

“Running a business isn’t easy and having the best staff working for you is critical.

“Training and investing in people will always pay dividends in the future but it’s hard to get decisions right every time.

“Even very successful business owners will have made a mistake at some point in the past.

“The key thing is to avoid repeating them.”

Hiring someone who wasn’t right for the job came top in the poll, while making a pricing error was second.

Not taking advantage of an opportunity was the number three business bungle, followed by offering too much of a discount and hiring a friend to work for you.

Sixth place in the list went to taking on a relative to carry out a role in the company, while firing someone and later realising they shouldn’t have been given the boot was at seven.

Trusting the wrong person or business partner was eighth in the list, with investing in equipment which didn’t do the right job and ignoring good advice both completing the top ten.

Other common mistakes include allowing a junior to have more responsibility than they were ready for, acting on bad advice and losing a good member of staff because they were refused a pay rise.

Contrastingly, giving someone a pay rise, even though they didn’t really deserve it and investing in a business which didn’t work are also among the top 15.

The study also revealed that a third of small and medium sized (SME) business owners would describe themselves as ambitious risk-takers.

Another 35% of business owners admit they have let their heart rule their heads at some point while running their business, with 61% of those saying the decision proved detrimental.

More than half of those (56%) say they even lost money because of it, while 43% said a friendship was ruined – another one in ten even admitted their company’s reputation was affected.

The report also showed that 72% of bosses now feel less optimistic about 2013 then they did at any point in 2012.

Nine in ten say that they don’t expect to achieve their annual financial targets, and just one in five say that their business is ‘busy’.

Almost two thirds say that they are reluctant to make long-term investments at this point in time.

The ‘However Big your Ambition’ report was conducted to promote Volkswagen’s new online SME mentoring service – mentors include Allegra McEvevdy (the co-founder of LEON) and Andrew Denham, (the founder of The Bicycle Academy), who used crowdfunding to generate the £40,000 he needed to set up his business.

1.     Hiring someone who wasn’t right for the job

3.     Not taking advantage of an opportunity

4.     Giving too much discount on something

9.     Investing in equipment which didn’t work

11.  Allowing a junior more responsibility than they could handle

13.  Declining a pay rise which meant a good member of staff left

14.  Giving someone a pay rise and regretting it

15.  Investing in another business which didn’t work