THE ONLY WAY IS AUSTRIA 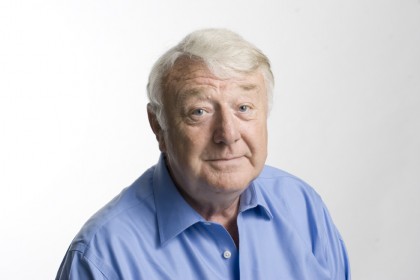 I’ve lost count of the number of times I have visited Austria over the years.    The earliest trips were to ski resorts, where I tried to learn how to slide down mountains without breaking my neck.   Though I managed, by and large, to remain upright, I was never bitten by the ski-ing bug and in later years preferred visiting in the late spring and throughout the summer.

These were gentler excursions.   Undulating meadows offered pleasant walking.   There were masses of wildflowers, warm sunshine and good companions to share the exercise and the food and wine – the well-earned food and wine, we always told ourselves – which followed.   It was, I hate to admit, a sort of “Sound of Music” scenario come to life, the hills being alive with the sound of rambling and general merriment.

Not all my Alpine excursions were as pleasant, however.   Once, I went to make a location report for a television travel programme, expecting the usual experience of flower filled meadows, hearty food and wine and healthy exercise.

Unfortunately the director decided to “spice up” the trip by organising an adventure.

Clad in wet suits and hard hats we were required to travel on a large rubber raft at high speed down a rock-strewn river.   For someone who does not swim this was not a good idea, though our guides pointed out that even the strongest swimmer would be unlikely to survive the current and the rocks.

Discovering afterwards that they themselves had only done the trip once before – on the previous day “to find out if it was possible” did not help.

You can understand, therefore, why I studied the small print in the brochure which is on the desk before me as I write.   From RWH, it lists several Austrian walking holidays none of which, I am pleased to say, mention foaming torrents or rubber rafts.  It is safe to expect undulating meadows, moderate to tough terrain, energetic days and enjoyable evenings.

I’m particularly taken with the holidays based in the tiny hamlet of Ladis, located a little under 4,000 feet above sea level in the far west of the Tyrol.   With a population of less than 600, it usually links up with the neighbouring communities of Serfaus and Fiss to promote itself as a holiday destination.    It is a long time since I was there, I have to admit, but what is best about Ladis is unlikely to have changed.

Back in the Middle Ages it was famous for its sulphur and salt springs, which were supposed to cure all manner of ailments, and though that aspect of Ladis is no longer heavily promoted, you can still take water from a local fountain, or buy it ready bottled.

The holiday that caught my eye – seven nights half-board accommodation in the four star Hotel Goies – provides guided walks in Grade D+ as well as the tougher Grade C terrain.   It is based on flights between Manchester or Heathrow and Zurich.     The Goies has a good reputation, having been run by the Larcher family for many years, and its food is particularly singled out for praise by those who have stayed there.   A five-course buffet meal every evening comes as part of the package.    After a day’s walking these will, naturally, be well-earned meals!

As with all such holidays, it is best to know your capabilities and, for the sake of the group, not take on routes that are beyond them.   a A walk through the high meadows to the Anton Renk Hut, or the panoramic path at Kaunertal, with stunning views of glaciers, is graded D+, but an attempt on the 3,004 metre Furgler peak, one of the C options, is an obviously tougher prospect, even though the brochure promises “easy scrambling”.

At a time when some tour companies are in danger of losing sight of what their core clientele expects, it is good to see such well-organised holidays for serious walkers in such an up-market destination and hotel.

To savour this guided walking adventure for yourself prices start at £920 per person for one week www.ramblersholidays.co.uk 01707 386 671