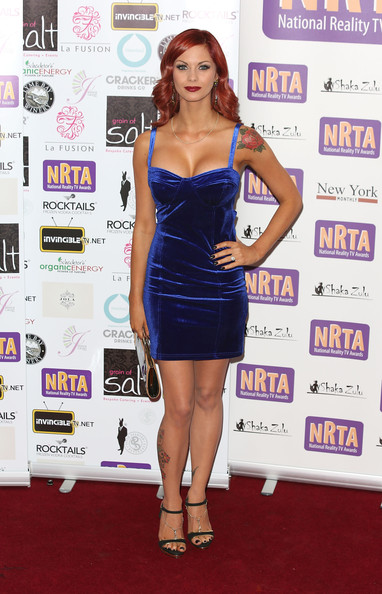 The Apprentice ,  The Call Centre ,  The Big Reunion,

First Dates,  Undercover Boss, Masterchef,  Dragon’s Den, Britain’s Got Talent , Come Dine With Me, The Only Way Is Essex & Made in Chelsea, battle it out at this year’s 3rd annual National Reality TV Awards 2013  taking place on Monday, the 16th of September 2013.

The National Reality TV Awards was born out of the need to recognize the worldwide producers, celebrities, participants, researchers, and industry that forms part of what is now on the forefront of the global television market. Last year the academy launched the US version of the awards ceremony (National Reality TV Awards USA) in Los Angeles setting it apart as the only TV awards show in the world held simulatenously in two territories.

The Best Reality TV Judge category sees a battle between;

David Walliams (Britain’s Got Talent) , Will -i-am (The Voice)

All nominations for the categories are submitted by the public and the public decide winners of each category by voting on the official NRTA website for their favourite shows, celebrities or participants.

This year over 976,000 reality tv fans took onto the official NRTA website to cast their submissions in 19 categories from the beginning of January till the 14th of July 2013.   Voting officially commences on www.nationalrealitytvawards.com  on the 1st ofAugust 2013  till the 14th of September 2013.  The winners of each category will be announced at the prestigious awards ceremony taking place on the 16th of September 2013.

Dragon Den star, Peter Jones (winner of 2012’s Reality TV Personality of the year) commented “The National Reality TV Awards are authentic and just what the industry needs. It is the first awards ceremony of its kind to finally re-define the whole reality TV industry into genres and the fact that millions of TV viewers are in charge of determining the outcome only adds to its credibility”

His comments were echoed by fellow NRTA nominee, Strictly Come Dancing judge , Len Goodman who in an interview for the NRTA  added “I am proud to be nominated for the National Reality Television Awards as it is the only awards ceremony to finally open up the whole industry as a whole. Talk shows, game shows, dancing competitions and docu-soaps all form part of the bigger industry that form reality television which is often not explored in its entirety”.

The National Reality TV Awards is also used as a vehicle to raise awareness for several charities including Diamond Children’s Trust which helps children in countries affected by war.

Due to high public demand from viewers. The National Reality TV Awards 2013 is televised for broadcast on Sky 191 in October.  The full highlights will also be available via the Official NRTA website.

St Moriz partners with the NRTA for the third year running to launch a Face of  Britain search . Dawn Mcdaid (Marketing Director for St. Moriz) commented : “St. Moriz are pleased to announce their sponsorship of the National Reality Television Awards for the third year running and this year are also sponsoring the Face of Britain 2013, searching for new and exciting talent to present live from the red carpet at the NRTAs 2013”

Tablet PC Manufacturing company, Zuricom has been announced as Title sponsors for the NRTA 2013. Geoffery Wright, PR Manager for Zuricom commented ” We are proud to sponsor the National Reality Television Awards. Zuricom will be offering the winner of each category a  Luxury  9inch  TabletPhone  worth £1000 each to go with their award. After attending the awards ceremony from it’s inception in 2011 . It’s clear to see how ground-breaking the NRTA is becoming for the TV industry. Congratulations to all of this year’s nominees “.

Celebrity Personality of the Year 2013 sponsored by St. Moriz

Paul O’Grady (For the Love of Dogs)

The Only Way Is Essex (ITV2)

Made in Chelsea (E4)

I’m a Celebrity Get Me Out of Here (ITV)

Paul O’ Grady: For The Love of Dogs (ITV)

Kimberly Wyatt (Got To Dance) (Sky1)