Analeena during the London Fashion Week, 2014 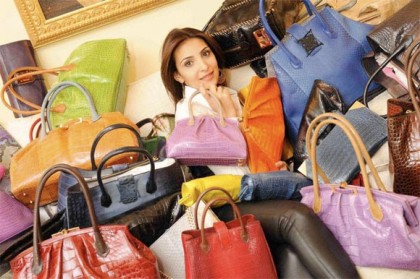 ANALEENA was founded in 2008 by British designer Lina Hamed. Lina studied at London College of Fashion, the Harrow School of Art and holds a BA (HONS) in Fashion Design from the University of Westminster. Lina has worked at Hermés as the buyer for the flagship Bond Street store, before moving to Paris with Hermés to design special projects in exotic skins, going on to work as a design assistant in Jean Louis Scherrer alongside Stephane Rolland in Paris.

WHAT ARE YOU LISTENING TO IN YOUR STUDIO? “I surround myself with flowers and candles, mainly pink as it’s my favourite colour. The smell is the sound of music for me.”

“London is the hub for exciting brands, innovation and creativity. There are no limits, and there’s always newness”