Mid-fifties is the wealthiest time of your lives 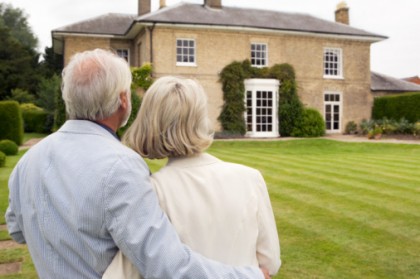 British adults aged 55 and over are enjoying the richest years of their lives, according to new study. The findings emerged in a detailed study of 2,000 people aged 18 and over, looking at outgoings and expenditure across the years.

Researchers found that currently, people entering the final phase of employment or starting retirement are in the best financial position of their lives because they are most likely to have paid off their mortgage, own their car outright and as such have very few debts.

And while earnings are lower for many people in their late fifties and sixties, the lack of loans and childcare fees means they are able to enjoy more holidays and have more disposable income.

In contrast, the study found that people aged 18 to 24 are suffering the poorest years of their lives as many are struggling to find work, and those who are in work are earning the least of all the age categories.

Young adults are also struggling to put a foot on the property ladder, and have to watch every penny towards the end of the month.

Ian Cornelius, Commercial Director at Skipton Building Society, and Director of the research:

“After having worked all their lives, struggled to bring up families, but paid their mortgage and planned for a pension, the 55s and over are reaping their rewards.

“It’s a lesson to young people who think ‘We won’t be able to do that’. But they can!

“These people aged 55 and over are examples of how the financial wheel turns. There is no reason why those younger people who keep on top of their mortgage payments, save whatever they can and get that company pension started will not reach their ‘Richest Year’ eventually.

“The statistics certainly look great for older people as they paint a picture of later life and retirement being great and financially secure. People aged 18 to 24 may look at their parents and assume that their retirement years will be as glowing – it is up to them to make sure this will be the case.”

And while the 55s and over are paying more on their utility bills than the majority of other British adults, they have either paid off their mortgage or are making very low payments.

They also spend the least on leisure activities such as the gym or cinema, don’t drink as much as other age groups and spend less on socialising.

When questioned, only 29% of people over 55 said they struggle financially towards the end of the month, compared to 52% of those aged 18 to 24.

Six in 10 of the fortunate older generation feel able to book a holiday abroad outright should they wish to go, but only 24% of young adults can do the same.

And when invited to a social event, such as going out with friends, only a third of older respondents need to check the bank balance first, compared to 55% of people under 25.

Similarly, younger folk are more likely to check how much cash they have before going on a shopping spree and eight in 10 admit to worrying about money constantly.

“There is light at the end of the tunnel for many people who feel saving and planning for a brighter future is not achievable for them. Opting into a workplace pension can be the first real step along this path and it is evident that saving even a small amount on a regular basis is one of the best courses of action for young people who are presently struggling with money.

“The road to financial stability can be a long and sometimes rocky one. Those who are now enjoying their richest years will have also experienced difficult financial times during their lives.

“However, those in their ‘richest year’ should not sit back and rest on their laurels. They also need to plan to ensure their new-found wealth does not go to waste by ensuring savings are working as hard as possible, whether that be in tax-free ISAs or fixed-term bonds or other investments.”