Chelsea Monthly Interviews Danny Wallace…and yes he has got all the answers!! 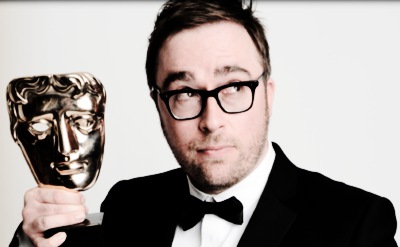 Are you a man? Do you worry that you don’t see your friends enough? Do you ever think about how many friends you should have? Have you ever wanted a good excuse to go out and see your friends but have never been able to find a convincing one? Well, fear not – Danny Wallace has all the answers…

Danny Wallace – writer, filmmaker, radio presenter and columnist – has a reputation for work that combines a quirky outlook with astute observations, not to mention a dry sense of humour, and his latest venture carries on very much in the same vein.

Commissioned by Guinness and carried out by renowned and respected professor Robin Dunbar, Wallace (as well as Jonathon Ross) has been involved in a scientific experiment to discover just how often men should see their mates, and the benefits of regular male bonding for men of all ages. Or as Wallace puts it, “science telling us it is okay to go out”.

“It was interesting,” the 36-year-old says. “Women can maintain their friendships and bond and share things over the phone, whereas men tend to use the phone as a tool for saying they should get together and then not getting together. This chimed with me, as I feel I’ve not been seeing people as much as I should.

“The research showed that men should walk round in packs of five and that you should have four good friends you should attempt to see twice a week. Five people is the optimum number of people for a good night out. If you add a sixth person, science shows that you laugh less. So if you want to laugh, hang with four mates!”

Wallace says that for most men, “especially if like me you have got kids and are married”, it is a big ask, but thinks that the new research could give blokes a free pass to leave their partner at home.

“Oh, I think it will,” he says with a cheeky laugh. “It will because it will get you out of the house, and you can say you have to, science told you, and she gets to have the place to herself, or gets to go out with her mates – basically she gets rid of you. So it is win-win.

“I am going to make a small, laminated card like a detective might have so I can just whip it out and I don’t even need to have that conversation with my wife. I can just be walking down the hallway, flip out my ‘man pass’ and then be out of the door. It’s a great excuse.”

Of course, Wallace’s mates don’t have to try too hard to keep up with what he is doing. His notable successes include Are You Dave Gorman? and Yes Man, unique concepts that saw Wallace search for men named Dave Gorman (with the comedian of the same name) in the former and experiment with saying yes to everything he was offered in the latter, both with hilarious and unexpected results, and what binds his best work is his relentless following through of a single idea to its natural conclusion.

“I’ve always liked a project. At school, none of us were into essay-type stuff, but if it was a project, I was into it. It could be the most boring thing in the world, but it was great because it was a project. And that was the thing with the first few books: you start with an idea and you just keep going and see what happens and who you meet and where you end up. You start that thing, and if you do it right, then that thing will start to happen to you. In life, you have to push the boulder over the hill, and the boulder will just run.”

His new novel about “identity, somebody who doesn’t really know who they are” is due next year, but for those who can’t wait there is always his massively popular Shortlist column, where his idiosyncratic weekly musings have keep commuters entertained.

“It was only meant to be a one-off,” he smiles. “I always wanted to do a column but when I did the first one I thought, ‘I can’t do that every week’. And then they said to me, ‘do you want to do that every week?’ It’s been going for six years now. I am always looking out for weird stuff, but it is like a diary. I always seem to find weird things to write about.”