Dining royally above the clouds in April 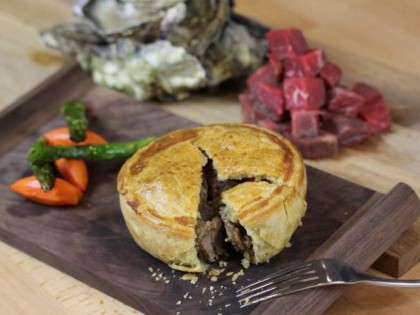 Royal Brunei Airlines (RB) has launched a ‘Royal’ inflight menu for the month of April to celebrate the Duke & Duchess of Cambridge’s first family visit to Australia, which coincides with the launch of the RB 100% Betterfly Dreamliner service from London Heathrow to Melbourne Tullamarine Airport.

Throughout the Royal Tour passengers travelling to Melbourne will have the comfort of a quieter, more spacious cabin and a lavish ‘Royal’ menu comprised of traditional British cuisine fit for royalty. Quail Mulligatawny, Traditional Lancashire Hotpot and Braeburn Apple Crumble are just some of the sumptuous dishes on the menu, providing all passengers with a delectable meal to remember.

Operating across four continents and flying to 15 major cities including London, Hong Kong, Melbourne and Manila, RB has consistently focused on providing flawless service throughout its 38-year history.

Menu valid until the 30th April on flights from London Heathrow to Melbourne via Dubai & Brunei.