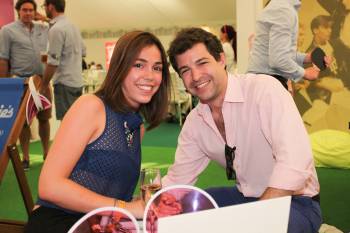 Last weekend saw the Maggie’s club enclosure at The Queen’s Club host a post-play retro party, in honor of all their members and to help get people in the mood for the final of The Aegon Tennis Championship on Sunday.

It then wasn’t long before enough Moet corks were popped that they were being replaced as ping pong balls on the tables, and the enclosure was taking over by a sea of Maggie’s visor wearing ravers, dancing to classic 80 tracks, before being transported in tennis-mobiles to the after-party at the Chelsea based club.