Balbair Single Malt Whisky- The Pride of the Scottish Highlands 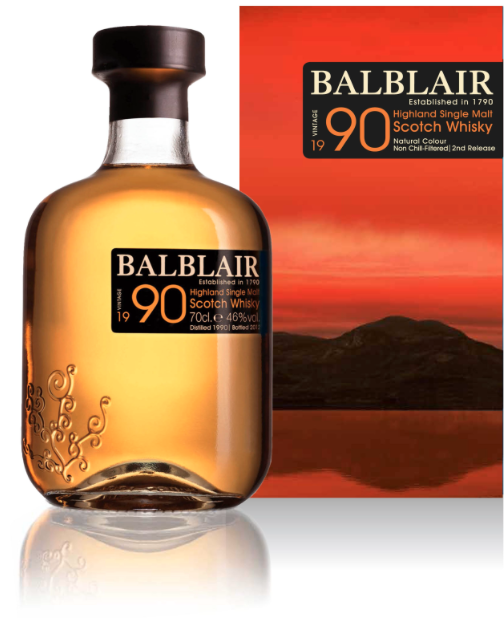 With the cold months looming darkly ahead, Balblair Single Malt Scotch Whisky is the essential bottle to have in your drinks cabinet to warm your bones this winter.

We caught up with Distillery Manager, John MacDonald to talk about what makes Balblair so special.

So I see the Balblair brand started in 1790, could you tell us a bit about the history of the brand and why you think it stood the test of time?

The Distillery was established in 1790, which makes us one of the oldest working distilleries in Scotland and the oldest in the Scottish Highlands. We’ve been doing this for almost 225 years, so if we can’t do right by now we never will.

Can you give us a quick idiot’s guide to how whisky is made?

Whisky comprises of three core ingredients being water, malted barley and yeast. You’re governed by these, Scottish law dictates that to call yourself a Single Malt Scotch Whisky, it has to be made at one single distillery comprising of only malted barley, it then has to go through copper stills which are 99 percent pure copper, yeast and water are then added and it is laid down to be matured in an oak cask in a Scottish warehouse for at least three years. There’s no getting away from these rules.

Has the process changed at all over the years?

Well science and technology have obviously helped in the last thirty or forty years but the process itself is essentially the same as it has ever been. Every year I taste, judge and select our whiskies straight from the cask and they are only bottled when at the peak of perfection.

What’s your background and what does your job entail as a Distillery Manager?

I started my career at Glenmorangie Distillery as a Warehouse Manager and worked my way up through the different departments in the production, I managed to bluff my way into the office and became Assistant Manager at Glenmorangie until 2006 and then the position for manager was made available at Balblair which was a real no brainer, I applied for it immediately. I love the Distillery, it’s beautiful, the location is fantastic and I was always a big admirer of the whisky in the first place.

Could you tell us a bit more about the location of the distillery, how does the Scottish Highlands effect the whisky that is made there, would you say that this location is what makes it so special?

I think it does, Highland whiskies tend to be light, delicate, peated characters, they’re not smokey whiskies at all. The climate up here can be very changeable but the air quality is absolutely superb because it’s such a remote location. We’re about seven miles from Tain and 45 miles north of Inverness which gives you an idea of how far north we actually are, and we’re right by the coast as well. Balblair is situated by the beautiful Dornoch Firth and on the sweep of the Cambuscurrie Bay. It is close to the original source of its pure water contributing to the delicious taste.

How many different types of whisky does Balblair have and which ones are the most popular?

Balblair is the only whisky to be released exclusively in Vintages, each Vintage is only released when I feel the balance between the age and character is just right. This year we have a core range of four whiskies on offer, the Balblair 2003, 1999, 1990 and 1983 Vintages. Our whiskies are named after the year they are laid down in cask, so range from younger Vintages such as the Balblair 2003 to older Vintages such as the 1983 Vintage. The whiskies are very different from each other but each of them has the essential Balblair core characteristics and long, warming full bodied finish, the house style so to speak. The 2003 Vintage has been very popular, priced at £42, whilst the older Vintages £200 and up are usually purchased on special occasions.

How many retailers do you supply to in the UK and globally?

We supply whisky all over the world. It can be purchased in specialist outlets globally, actually even in the UK you’ll have to go to specialist shops, you won’t find it in supermarkets. But you can order it online for shipping within the UK.

Find more about Balblair whisky or purchase online at www.balblair.com