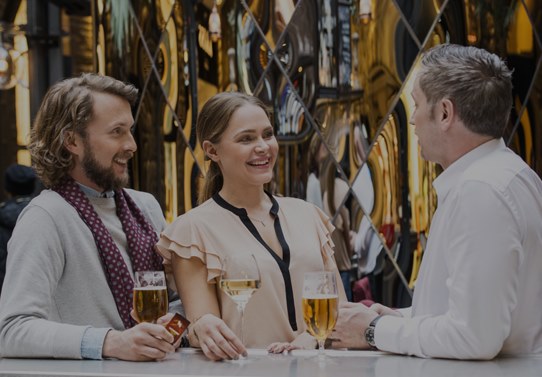 Michel Bracke, CEO of Nicoccino, comments: “Nicoccino had a fantastic night sponsoring and presenting the award for Best Action at the National Film Awards. Nicoccino is perfect for smokers with an action packed lifestyle and when you are caught in an environment that you can’t smoke, such as the cinema! This innovative product offers an instant, discreet and powerful alternative to smoking whenever, wherever”.

Delivering instant satisfaction anywhere, anytime, Nicoccino is a new product that has just launched in the UK. Simply placing one of the Nicoccino films underneath the upper lip and onto the gum, where it will sit securely and dissolve, enables a transfer of nicotine – offering smokeless satisfaction within minutes.

Made using natural ingredients and developed in Sweden – world leaders in smokeless nicotine products – Nicoccino offers an instant nicotine sensation, with thousands of people also using the product as an aid to quit smoking. Whether on a train, in a plane or at an important business meeting – Nicoccino is discreet enough to be used wherever you are and offers a pure nicotine experience.