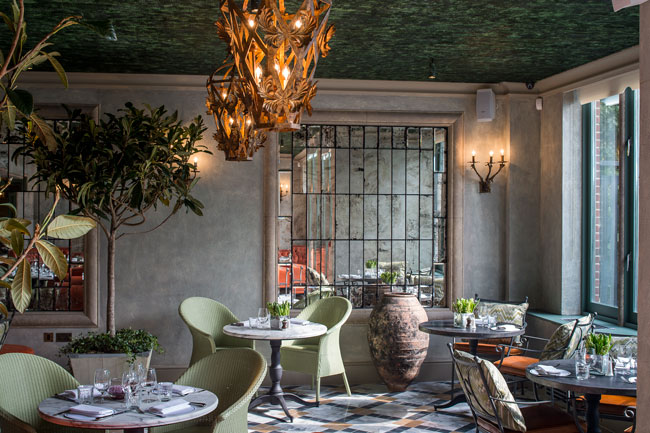 Tuesday 9 May saw a host of The Ivy Chelsea Garden’s regulars, local residents, influencers and famous guests, including Jeremy Irvine, Lottie Moss, Miranda Richardson, Talulah Riley and Amber Le Bon, gather together to celebrate The Ivy Chelsea Garden’s annual garden party and the opening of the summer garden, two years after the restaurant’s opening in 2015.

Hosted in the restaurant’s beautiful and extensive gardens and orangery, guests were treated to The Ivy Collection’s exclusive Champagne, refreshing and bespoke ‘Chelsea Summer Blush’ cocktails and Rock Angel Rosé by Whispering Angel, as well as a selection of delicious canapés created by Executive Chef Sean Burbidge. For those with a sweeter tooth, an array of cooling ice cream was provided by Ice Cream Union, complete with its very own bicycle that was situated within the garden.

The Ivy Chelsea Garden remains a Chelsea stalwart for local residents and as a destination for those travelling from further afield, marrying approachable sophistication and familiar luxury with an underlying feeling of glamour and theatre.