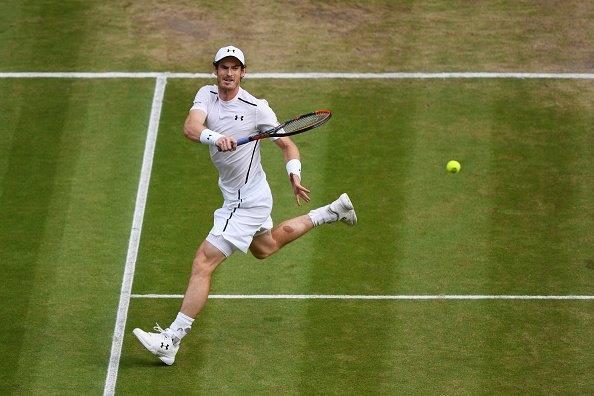 Andy Murray will join the line-up for next week’s Aspall Tennis Classic held at The Hurlingham Club. The ultimate warm-up to Wimbledon, the event runs from Tuesday 27th – Friday 30th June 2017 and kicks off the British summer tennis season in true style.

The British star and three-time grand slam winner will play two singles matches across the week in his preparations for Wimbledon. Murray has achieved 45 singles career titles across his 12-year career including Wimbledon, US Open, ATP World Tour Finals, as well as back-to-back Olympic golds.

Murray played at the Aspall Tennis Classic in 2013 before going on to win his first Wimbledon title. His last appearance at The Hurlingham Club was in 2014.

Murray commented: “It is great to be back at The Hurlingham Club. It’s a great setting and an ideal opportunity to get grass court practice ahead of Wimbledon.”

Combining timeless elegance and quintessentially British traditions, the Aspall Tennis Classic is the perfect place to unwind and enjoy some of the sport’s most loved players.

Other ATP players included in the line-up are World No. 6 Milos Raonic, World No. 13 Jo-Wilfried Tsonga, World No 14 Tomas Berdych, World No. 17 Lucas Pouille and World No. 252 Tommy Haas. Joining them will be some of the sport’s favourite legends – former British No. 1 Greg Rusedski, two-time grand slam finalist Mark Philippoussis, former World No. 4 Thomas Enqvist, 1986 French Open finalist Mikael Pernfors and the ever-popular Mansour Bahrami.

Owned and managed by IMG, the Aspall Tennis Classic at Hurlingham takes place at the height of tennis season, the week prior to Wimbledon. Set in the tranquil 42-acre grounds of The Hurlingham Club, it has become one of the most intimate tennis events in the social calendar, showcasing some of the current stars of today, playing in a series of singles exhibition matches as they finalise their preparations ahead of Wimbledon, as well as several legends.
Register at http://www.aspalltennisclassic.com/ for news and player announcements.