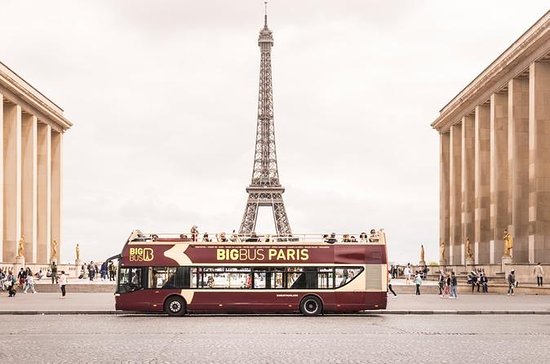 For romantics worldwide, there is always the seemingly consistent debate about where exactly is the most romantic destination in the world and with Valentines Day fast approaching. Does Paris still retain the crowd favourite as the ultimate destination for all things romantic? Well, to answer that question we popped into Paris to explore, connect and experience the city renowned for love. Paris  is the capital  city of France, and contrary to popular belief. It is not only synonymous with romance and love.  Since the 17th century, Paris has been one of Europe’s major centres of finance, commerce, fashion, science, and the arts. The city has a  major rail, highway, and air-transport hub served by two international airports: Paris-Charles de Gaulle (the second busiest airport in Europe) and Paris-Orly. Opened in 1900, the city’s subway system, the Paris Métro, serves millions passengers daily, and is the second busiest metro system in Europe after Moscow Metro. Gare du Nord is the 24th busiest railway station in the world. We explored several museums and  architectural landmarks:  from the Louvre to the Musée d’Orsay and Musée de l’Orangerie which should all be noted for their collections of French Impressionist art. For those who more adventurous, then it’s worth making a stop at the Pompidou Centre Musée National d’Art Moderne which has the largest collection of modern and contemporary art in Europe.

Exploring Paris leads you to landmarks and areas such as the historical district along the Seine in the city centre which is classified as a UNESCO Heritage Site. Popular landmarks in the centre of the city include the Cathedral of Notre Dame de Paris and the Gothic royal chapel of Sainte-Chapelle, both on the Île de la Cité and off course the Eiffel Tower, constructed for the Paris Universal Exposition of 1889 which has been one of the most recognisable landmarks to be associated with Paris for several years. Next stop; the Grand Palais and Petit Palais, built for the Paris Universal Exposition of 1900; the Arc de Triomphe on the Champs-Élysées, and the Basilica of Sacré-Coeur on the hill of Montmartre.  We all know that big cities in Europe are usually football crazy fuelled by the European Football league. In London, football teams such as Arsenal, Tottenham Hot spurs and Chelsea fly the flag for our capitals football fans whilst in Paris the football club Paris Saint-Germain has frantic supporters across the country. We were lucky enough to visit the 80,000-seat Stade de France, built for the 1998 FIFA World Cup, is located just north of Paris in the neighbouring commune of Saint-Denis. Paris hosts the annual French Open Grand Slam tennis tournament and has been confirmed to Paris also host the 2024 Summer Olympics. In 1938 and 1998, Paris played host to the FIFA World Cups, the 2007 Rugby World Cup, and  and 2016 UEFA European Championships were also held in the city and, every July, the Tour de France bicycle race ends here. You cannot visit Paris without exploring Cinema. An important fact not known to many is that the movie industry was born in Paris when Auguste and Louis Lumière projected the first motion picture for a paying audience at the Grand Café on 28 December 1895. Many of Paris’s concert/dance halls were transformed into cinemas when the media became popular beginning in the 1930s. Later, most of the largest cinemas were divided into multiple, smaller rooms. Paris’s largest cinema room today is in the Grand Rex theatre with 2,700 seats so we went there and watched a French adaptation of the Marvel classic Black Panther. It’s always so fascinating to see English films dubbed in French. Parisians who i was told is what locals to Paris are often called tend to share the same movie-going trends as many of the world’s global cities, with cinemas primarily dominated by Hollywood-generated film entertainment. French cinema comes a close second, with major directors (réalisateurs) such as Claude Lelouch, Jean-Luc Godard, and Luc Besson, and the more slapstick/popular genre with director Claude Zidi as an example. European and Asian films are also widely shown and appreciated. What about the food? The stereotype is ‘frogs legs’ and a love for ‘snails’ . I can handle snails but i am not to keen on the latter (frogs legs). ‘Non…Non..je ne peux pas manger de cuisses de grenouilles’ Merci beaucoup!! . However, there is no denying that French cuisine especially Paris restaurants are at the forefront of culinary worldwide. Some of the best chefs in the world come from Paris. The proof that Paris and France as a whole still reign supreme when it comes to food is the fact that the Michelin Guide first launched in France is still used by several restaurants worldwide as an emblem to measure the quality of the restaurants offerings. 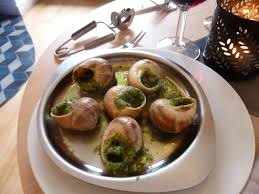 Every French regional cuisine and almost every national cuisine in the world can be found in Paris; the city has more than 9,000 restaurants.The Michelin Guide has been a standard guide to French restaurants since 1900, awarding its highest award, three stars, to the best restaurants in France. In 2018, of the 27 Michelin three-star restaurants in France, ten are located in Paris. These include both restaurants which serve classical French cuisine, such as L’Ambroisie in the Place des Vosges, and those which serve non-traditional menus, such as L’Astrance, which combines French and Asian cuisines. Several of France’s most famous chefs, including Pierre Gagnaire, Alain Ducasse, Yannick Alléno and Alain Passard, have three-star restaurants in Paris.  Walking around Paris you notice one thing, the style, flair and fashion is first class. Well, you wouldn’t expect nothing to less as the city play’s host annually to one of the most respected fashion week’s worldwide ‘the Paris Fashion Week’. Paris has been an international capital of high fashion since the 19th century, particularly in the domain of haute couture, clothing hand-made to order for private clients. It is home of some of the largest fashion houses in the world, including Dior and Chanel, and of many well-known fashion designers, including Karl Lagerfeld, Jean-Paul Gaultier, Christophe Josse, and Christian Lacroix. Paris is also the home of the world’s largest cosmetics company, L’Oréal, and three of the five top global makers of luxury fashion accessories: Louis Vuitton, Hermés, and Cartier. Most of the major fashion designers have their showrooms along the Avenue Montaigne, between the Champs-Élysées and the Seine. By the time, we reached day 4 in Paris, we were ready to board a Eurostar back to London feeling more cultured about the beautiful city of Paris. Would we go again? Off course, yes. Paris is much more than just a romantic destination. It is certainly the ultimate destination for discovery and experience. There is certainly something for everyone with a history that can be traced to an exciting root.

Want to travel to Paris by Train?

For more information on travelling to Paris by train. Visit: www.eurostar.com