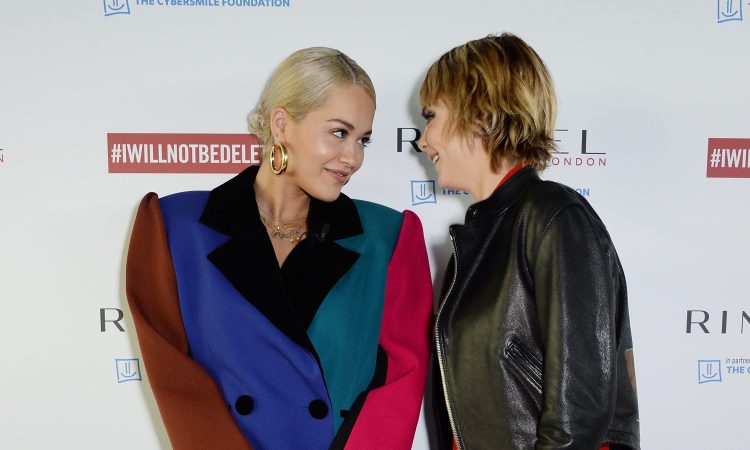 LONDON, ENGLAND - OCTOBER 23: Rita Ora and Cara Delevingne pictured at the launch of #IWILLNOTBEDELETED campaign by Rimmel, part of global beauty company Coty, to tackle the issue of beauty cyberbullying. The campaign is part of Coty's commitment to promote diversity of beauty and fight prejudice and discrimination, at Mondrian Hotel on October 23, 2018 in London, England (Photo by David M. Benett/Dave Bennett/Getty Images for Coty/Rimmel)
47Kviews

The global campaign, titled #IWILLNOTBEDELETED will see Rimmel, partner with leading anti-bullying charity The CyberSmile Foundation to develop an AI tool that will provide young people with access to support and local resources to deal with incidents of beauty cyberbullying.

The campaign is launched today at London’s Mondrian Hotel on the South Bank, and is supported by global ambassadors Rita Ora and Cara Delevingne, who are in attendance. The campaign aims to raise awareness and tackle the growing issue of beauty cyberbullying that affects millions of young women around the world. Attached is an image of Rita Ora alongside Rimmel’s 14 x ambassadors who have all experienced beauty cyberbullying and a selection of images from this morning’s launch.

The campaign is an integral part of Coty and Rimmel’s ongoing commitment to tackle discrimination in all its forms and celebrate the diversity of consumers’ beauty. To mark the launch of the campaign, Coty have also published a report exploring beauty cyberbullying.

The report spoke to 11,000 women aged 16-25 across 10 international markets and discovered:

The three-year initiative will see Coty make a significant financial contribution and use its global platform to empower consumers worldwide to deal with beauty cyberbullying so that young women can express themselves on social media, without fear of repercussions. A major digital campaign will see the #IWILLNOTBEDELETED campaign promoted across 10 international markets from Monday 12th November.

From the Chateau to your door, Gold Medal winning, 100 per cent Organic, Chateau bottled wine available to UK wine lovers for the first time 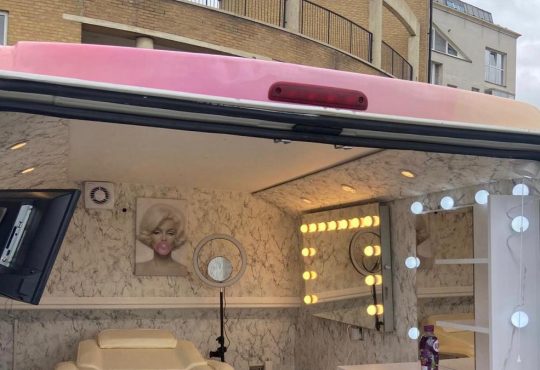 The Billion Pound Beauty Market being challenged by social media

Priyanka London, the brand adding a little magic in the world of jewellery