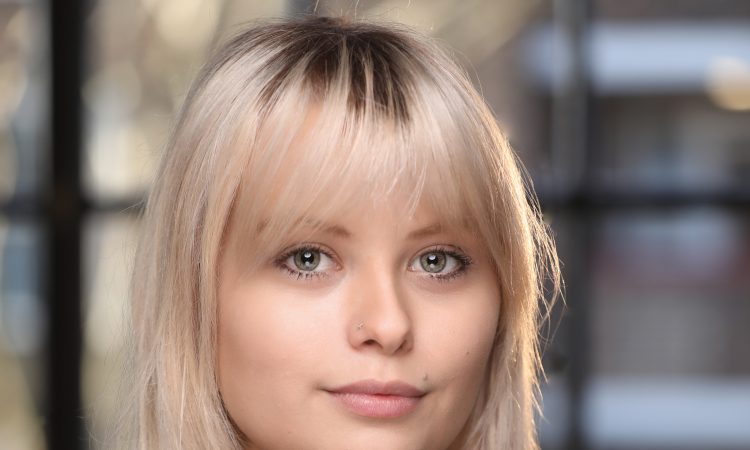 Louise Schofield is having an amazing 2019 so far. Having just signed a brand new management deal. She kicked off the year hosting the World Banking Awards and last month she was the face of the Red carpet at the 5th anniversary of the National Film Awards in London. As well as her weekly BBC series (BBC Sesh) . She can now add Editor of Brand Weekly to her list of 2019 achievements. We thought, it would be clever to seat down with the lady of the moment to find out how she made it this far……

When you were growing up as a kid what was did you always want to become?

Growing up it really varied and changed randomly through the years. When I was really young I actually wanted to be an archaeologist. I’ve always been really fascinated by old ruins, excavation sites and traditional buildings in the heart of the culture of various countries. I think that stems from my family holidays growing up because we would always hop in a car and be visiting various locations and I loved going off and exploring. But it was when I turned 13 and I joined a youth theatre that I was set on becoming an actress as my confidence really began to blossom. It was a mixture of watching a lot of T4 and listening to BBC Radio 1 that was the turning point in me to peruse as a career as a presenter, I especially looked up to Jameela Jamil  and her presenting style on that show and I remember thinking “I’d love to do that”. A few years later, I was doing a lot of community radio and I won a competition to be a TV Presenter for a day for O2 Academy TV and that was the turning point where I knew that a TV presenter was what I really wanted to be.

Being a Television Presenter sounds like loads of fun. What is the most exciting show you have presented so far?

It is great fun. I get the opportunities to present some really varied projects. Just as a couple of examples, I recently presented at The National Film Awards which was a great experience. I was interviewing backstage and on the Red Carpet. I also recently presented the video content for a video gaming press event which is launching at Thorpe Park over the next few weeks, I have grown up playing video games so for me, it was great fun to get involved in this, I also got to be immersed in a virtual reality game for the first ever time, the game had a scary concept, so I went straight in the deep end with that one. Two completely different events and both so entertaining. No two days are the same.

For several years you have hosted a music show called ‘Unique Lullaby’ which is being re-branded to The Louise Schofield Show. Are you excited about the transition and would your show cover talent from all different industries or only music?

I am so excited. Music is one of my biggest passions and always has been growing up, it’s something that has been incredibly important to me. I have met an eclectic mix of fantastic musicians with my ‘Unique Lullaby’ show and some wonderful people in the industry. I am really looking forward to opening up a brand new platform with my re-brand with the contacts I have already made and expanding the foundations even further afield. This time around I will be covering a whole host of talent from music to various different creative industries. I have many passions and I am very excited to touch on these in my Louise Schofield Show with the guests I’ll invite.

Where would you like to see yourself in the next 5 years?

I’d really like to be presenting more prominently on the television and to be involved in more acting projects. I am currently writing a short comedy script series and I would love to see that be brought to life. I’d also really like to see my own show to be in a position where it has dedicated viewers who really love my content and continue to grow the show. It has also always been a dream of mine to be the official presenter at some of the UK’s biggest festivals so it would be an absolute dream to be hosting those in 5 years time.

What are the top 5 presenters or individuals you looked up to or are inspired by?

Fern Cotton is someone who has always inspired me, she is so natural and can turn her hand to any job she’s given. I’ve grown up watching her present on such a variety of different shows. Her style is so unique. I am also a really big fan of her Happy Place Podcast, it’s a really inspiring eclectic mix of stories.

Lauren Laverne and Zane Lowe are two of my favourite presenters and who I look up to in terms of interviews. They always host such engaging chats, so well researched, off the cuff and relaxed  which is everything I try to encompass into my own technique.

When it comes to comedy and acting I always draw on the inspirations of the Monty Python group. I really love surreal humour and my earliest comedy influences definitely stem from  endlessly watching these sketches and the crazy world they created.

As I write a lot of poetry myself, I am hugely inspired by Kate Tempest. Her poetry is so intricate, unfiltered  and incredibly executed live as well.

What are the top 5 countries in the world you would like to travel to ?

There are so many, but these are on the bucket list; Japan, Thailand, Indonesia, Asia and I’d really like to explore more of Canada, my sister lives out there and I’ve only checked out Ontario where she lives.

You also are keen on hosting festivals and gigs. Describe us to weirdest/craziest gig you ever went to and why?

Oh yes, I absolutely adore gigs and festivals. There is nothing like the buzz of watching live music, whether it be a brand new band I’ve discovered or one of my favourites, the community feeling at a gig is like no other. One that always sticks out to me was Leeds Festival back in 2011. This was my second festival after going there the previous year. The Strokes are one of my favourite bands and me and my friends thought it would be a great idea to go to the front of the main stage to watch them. We got through a fair few couple of songs but then the pushing sideways started and we all fell over  with people falling on top of us. I genuinely thought, “right this is the end for me”. It was actually pretty scary and if anyone has experienced that, they know the fear. But we managed to get back up and crowd surfed our way out. I had never crowd surfed before so young me was in her element. But it was a mix of a huge amount of fear, happiness that I was watching The Strokes, and excitement that I got to crowd surf. It didn’t teach me anything though, you’ll still find me moshing away at the front of a gig or at a festival.

As well as being a glamorous TV presenter. You are also an Actress and write and star on your very own BBC series. Do you want to explain to us how that came about and a few links for us to check out your appearance?

I am! I love that I can do my two biggest passions as a job. Yeah of course, so when I was at University I’d already made a Youtube Channel for all my interviews and music content but I wanted to start doing some little vlogs on the channel. So I decided to play on the words ‘Unique Lullaby’, which was my brand at the time, and created ‘Unique First World Problems’. These were a series of sketches where I’d pick a random topic and exaggerate it, they were pretty much improvised. Then last year BBC SESH got in touch and told me they were launching a brand new channel online and they had seen my sketches and really enjoyed them. So I went in for a meeting and bounded round some ideas and wrote some scripts and started filming them. It’s great because I’d actually never written short comedy scripts before and now I am completely addicted to writing them. They are all such a lovely, hard working team and so much fun to work with on the shoots.

You can check out a few sketches here:

People You’ll Meet In Every Office:

Would you like to do more writing, producing and acting in the future?

Oh definitely. I really get a buzz out of acting and bringing a character to life, I’d really like to being acting a lot more. Writing as well, I come up with ideas in the middle of the night sometimes and I have to write them down before I forget in the morning, my brain is constantly wired. I also really like to write poetry and I have notebook pages full of poems I have written, I’d love to do something with those in the future too.

Finally, where can people reach you for bookings?

I think social media is unavoidable and it can be an amazing tool to promote yourself and build a following. I personally really like Instagram because of is visuality. We live in such a illustrated world now where pictures and videos connect us all and I think we can use that to our advantage.                                            Go give me a follow if you fancy it – @louiseschofieldtv.