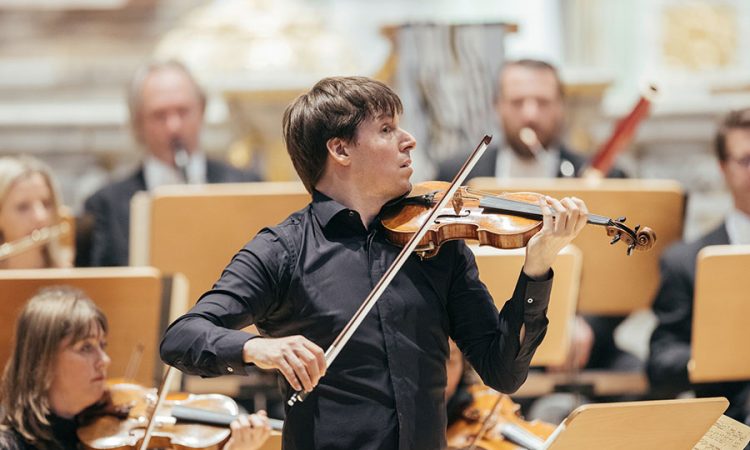 On Monday evening last week the violinist Joshua Bell accepted the 16th Glashütte Original . Glashütte Original’s managing director Frank Kittel presented the award in the festive setting of the Frauenkirche in Dresden, on the occasion of the violin-crafted by two students from the of commitment to cultural understanding and support for the development of young artists.

Joshua Bell, one of the greatest violinists of our time, accepted the 25,000 Euro award in the Dresden Frauenkirche from Frank Kittel, managing director and Chief Financial Officer of Glashütte Original, and Jan Vogel, director of the Dresden Music Festival.

The Saxon watchmaker and the Dresden Music Festival honoured the American for his exceptional cultural and social commitment. His conception of music as a way to further understanding is also evident in the NAMM Foundation school reform project, Education Through Music and Turnaround Artschildren a variety of ways to approach classical music. Bell is also involved in supporting the string players of the National Young Arts Foundation, a charity dedicated to furthering the development of emerging artists at high schools. Bell also teaches at his alma mater, the Jacobs School of Music.

Joshua Bell and the Camerata Salzburg under the direction of Andrew Manze gave a brilliant performance, delighting the audience in the Frauenkirche with works by Sibelius, Dvořák and Beethoven.

With the award to Joshua Bell, Glashütte Original and the Dresden Music Festival honoured, for the 16th time, an outstanding representative of the world of music who has rendered exceptional service to classical music and the development of emerging talent. school build the award trophy, which combines traditional craftsmanship with contemporary watchmakers and is considered representative of the art of watchmaking at its best.

As winner of the award, Joshua Bell succeeds artists such as Joyce DiDonato, Sir Simon Rattle and the Berlin Philharmonic, fado singer Mariza, conductor Andris Nelsons and cellist Steven Isserlis, among others. Glashütte Original has been a supporting partner of Exceptional artists will perform in a great variety of venues during this 42nd edition of the renowned festival, which runs through to the 10th of June.