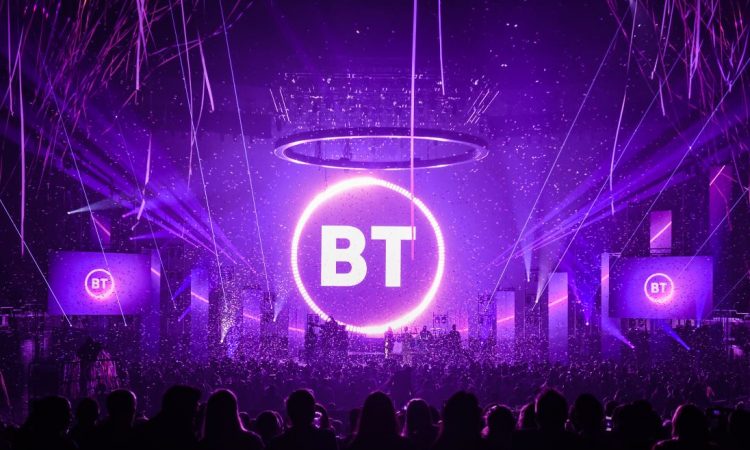 On the 17th of October 2019, BT launched its new brand ambition – Beyond Limits – with an epic World Record-breaking indoor drone show coded by school children and performance from pop star Jess Glynne. The unparalleled display, featuring 160 choreographed drones, took place in Wembley Arena as the company launches an unprecedented range of new products, services and skills programmes to help create a better-connected and more competitive Britain.

The launch of Beyond Limits includes a commitment to digital skills training for 10 million people as part of BT’s new ‘Skills for Tomorrow’ programme. To celebrate the launch of this programme, children from St Joseph’s school in Islington, London, were invited to help code part of the record-breaking drone display with TV presenter Reggie Yates, creating a sequence of shapes they felt best represented a bright technology future for Britain and helping break the world record for indoor drone displays.

“We’re working to remove the barriers of today to help release the potential of tomorrow, and a huge part of that is providing the skills that will help children prepare for and shape the future,” said Marc Allera, CEO of BT’s Consumer division. “With the help of the children at St Joseph’s, just some of the millions who will participate in our Skills for Tomorrow programme, we’ve created this record-breaking event to celebrate what is possible when you work together to go beyond limits.”

“Collaborating with BT to produce this creative display of digital coding has been exhilarating for the teachers and children involved,” said Angela Noronha, Head of School at St Joseph’s. “As a five year sponsor of our computing initiative, BT has been integral in expanding the programme and it is now ingrained in 60% of UK primary schools. Our future will continue to rely more and more on digital skills and participating in this exciting event will inspire children, fuelling their imaginations as well as developing their critical digital technology skills.”

Jess Glynne comments: “It was an honour to be invited to perform at the launch of Beyond Limits and to be part of an incredible Guinness World Record with BT.”

Reggie Yates comments: “It was incredible to experience BT’s Skills for Tomorrow programme in action and see the pupils of St Joseph’s code part of the Guinness World Record breaking drone show. BT’s commitment to invest in essential digital skills training for millions of people across the UK will mean that kids like those at St Joseph’s will have a very bright digital future.”

Grammy award-winning artist Jess Glynne set the score for the display, performing her biggest hits, including Hold My Hand, Don’t Be So Hard On Yourself and Thursday. Jess Glynne completed her set with I’ll Be There, coinciding with the successful completion of the world record attempt, which saw 160 drones ascend into a series of stunning formations against a backdrop of the new BT brand. Hosted by Tess Daly, the spectacular show took place in front of an audience of over a 1,000 people, including celebrities Sam Faiers, Reggie Yates, Clare Balding, Ashley Walters and Binky Felstead.

The spectacular drone and light show was created by BT in partnership with Verity Studios, one of the world’s leading drone companies and breaks the current Guinness World Record for the most unmanned aerial vehicles airborne, indoor, and controlled simultaneously from a single computer, which was last set in January 2018. The display is powered by BT’s network technologies, with a dedicated BT line installed to support the event and the drone experience powered by 4G, WiFi and the drones’ own sensor networks.

As part of its new Beyond Limits approach, BT is helping customers across the UK and beyond realise their potential. The announcements are part of BT’s ongoing transformation and will improve mobile and fixed connectivity, set a new standard for customer experience, and provide digital skills for 10 million people and businesses. BT is also changing the way people and businesses interact with its products and services on the high street, in communities, within the workplace and even in people’s homes.