Music band, The Extensions talk past, present and future 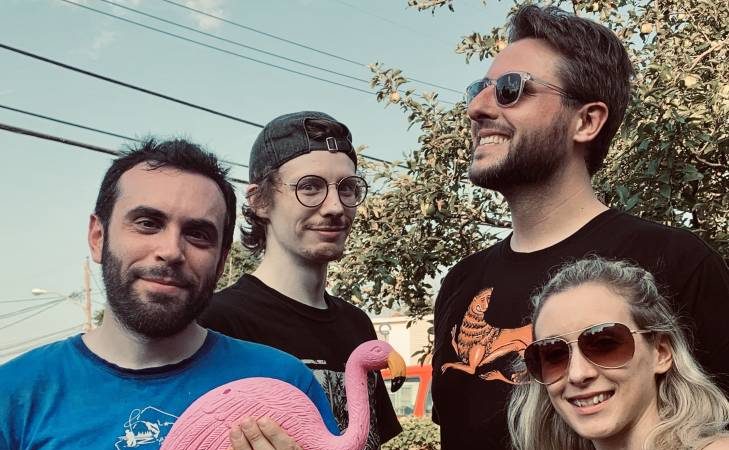 The Extensions signed to Mint 400 Records and 3143 Management, the band has already won over fans via their dynamic live shows at Asbury Lanes, The Wonder Bar, and Crossroads; prominent home-state venues. And while they continue to perform often, The Extensions really sealed the deal when they released their debut EP Bellicose in the fall of 2019. We decided to catch up with band for an interview on their music career so far.

What inspired you to get into music?
Each of the four of us were playing in other bands around the New Jersey area. We all admired one another’s work and decided to form a new project together. As individuals, Pete and Kevin have been playing music their entire lives. Lisa started on guitar before switching to keyboards in the last few years. And Brian didn’t start playing guitar and writing songs until halfway through college!

How would you describe your music?
Our lyrics are sharper than a box cutter and our hooks are sweet as grape soda! Listen if you like Elvis Costello and Spoon. We’re big fans of indie rock music and that tends to deep into our musical style. You could call us that or you could call us ‘powerpop’ if you prefer.

What would you say is your recording and song writing style?
Brian brings the bones of the song to the group, and Lisa, Pete, and Kevin all help flesh the music and the arrangements out. In-studio, we tend to work quickly and in shifts. We tend not to record live because we want to be able to control how the material takes shape. And sometimes you end up “stuck” with whatever you’re doing live in studio. But this way, everyone offers their input and we try to do things as democratically as possible.

Where would you like to see your music career in 5 years time?
We signed our first record deal (Mint 400 Records) and released our debut EP just last year. Within the next five years, we’d love have another record or two out, tour overseas, and move past our regional music scene.

Where can music fans listen your music?
People can listen to The Extensions on all major streaming sites. They can go to our BandCamp page for CDs and Shirts. And they can follow us on Facebook and Instagram to see what else we’re up to!

Listen to The Extensions on Spotify by clicking here