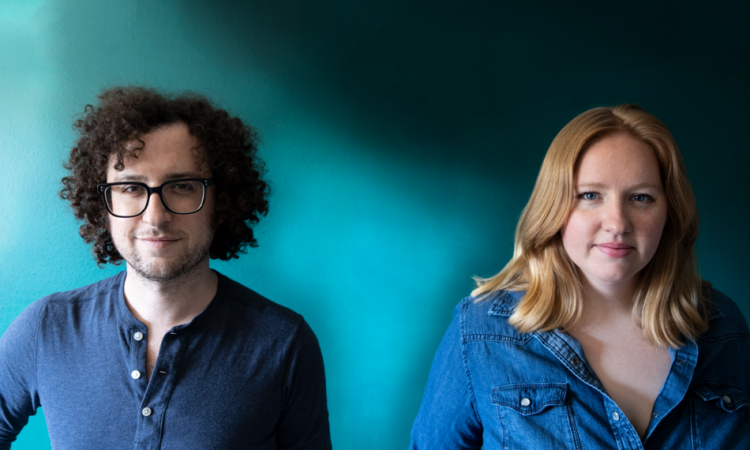 The Moonshoots are an indie rock band with a pop/soul influence, founded in 2013. The band is led by Robert Felsted Jr. and Kate Felsted with other band members playing key positions including Schuyler Schweers on guitar, James Albis (Rhodes, Moog) and Dave Witter (drums). They have spent the past 7 years in Los Angeles horning their craft gaining a variety of notables including sound recording original music for indie film soundtracks, mastering classic movie soundtracks for sold out crowds at The Crest Westwood Theatre, and workshopping their originals in a 2 year residency at the famous Hollywood Improv.

The new EP “Golden Hour” benefits from a strategic combination of all the bands past experiences and influences. Appearing alongside 7 other witty yet tender tracks, the EP is already a landmark as the Moonshoots literally shoot for space.  These are epic two-and-a-half minutes and well arranged for maximum impact.  The first song ‘Sunrise Dream’ is an almost hypnotising number which literally starts you on your journey inside the mind of the Moonshoots. The  production is also in character such as in ‘Midday mantra’a song that everyone will have on repeat when you understand the richness of the sound they all have managed to concieve. The ‘Golden Hour’  is blessedly, not the indie-pop laureate version of Twitter, let alone TikTok, let alone Quibi. It’s the Moonshoots album, and a fine one, freed from the baggage of a grandiose concept but one that will set trends for others to follow.

‘Space’ will resonate so deeply for a devoted group of fans or new fans discovering the band for the first time. It is an apt title for The Moonshoots to shoot for Space especially after track  ‘LA (On Fire)’ clearly sets the tone. ‘Superhero’, too, cuts to moments of real (“real”?) feeling on an album that’s gleefully accurate but most importantly extremely timely during the current times.