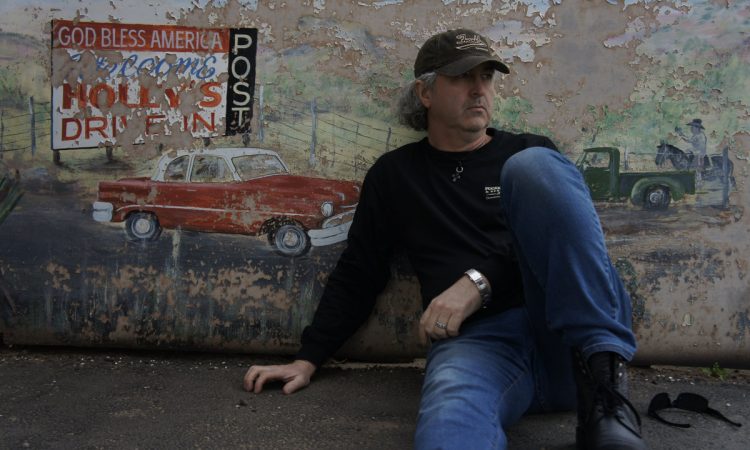 Between the potency of his richly detailed songwriting, his intensely emotional, soulful vocals David Vaters is a true musical treasure. Vaters had earned 10’s of thousands of fans since his debut album Volume 1 – A Voice in the Wilderness release in 2017 and follow up release Volume 2 in 2018! Vaters radio play in increasing exponentially including BBC radio, Sky 1 Radio in the UK and 100’s of radio stations in the USA, Canada & Australia. David’s video’s have 100’s of thousands of views on YouTube!

Many independent artists that enjoy substantial critical acclaim are met with a less enthusiastic, niche audience. Vaters defies the norm in this regard, as his genre-spanning style as a song writer has landed him on a number of notable charts. Volume 1 achieved 30+ million music streams on digital music platforms. From his charting on iTunes rock charts in Australia and other countries, Vaters has proved his relevance as a talent to take note of.

David stated in a recent radio interview in Athens, Greece, “Musically I would have to say that listening to the classic rock of Tom Petty, Travelling Wilbury’s, Lennon, Neil Young, Springsteen and even Bowie really are the influences that i draw from and where i come from stylistically.”

He added, “lyrically, faith is a huge part of my life so obviously that comes out. I don’t force it into my music, but my songwriting does come out of my personal and life experiences. And that’s really no different than any other artist including artists that have christian beliefs like Bono, Justin Bieber or Carrie Underwood to name a few.

So, people pick up on what they want to pick up on and its really cool when i hear from people who connect deeply to one of my songs. That alone makes me just want to make good music that has a relatable message that people can draw encouragement and hope from. So, I kinda just sow good seeds into people and that’s really what its all about.”

The veteran performer and songwriter honed his skills for many years recording on both sides of the Atlantic. Now on his own, Vaters has called upon colleagues to help his creative vision unfold. Some of the industry’s finest talent is on display on these albums, including musicians who have worked with the likes of Vince Gill, Peter Frampton, Kenny Loggins, Amy Grant, and others.

In his latest single and music video, titled “Won’t Let Go,” singer/songwriter David Vaters continues to impress critics and fans alike with his warm tonality, earnest lyrical style and humble poeticisms – the best of which, I might add, could well be contained within the three and a half minutes this song runs.

Vaters voice ascends into the heavens with a simple strut, but beyond his black and white delivery, there’s very little in “Won’t Let Go” that I would describe as being inadequate in nature. Like a warm ray of sunshine on an otherwise cloudy afternoon, this is one track almost guaranteed to shift your mood towards the positive no matter how many times it’s been played before.

The music video for “Won’t Let Go” features Vaters really delivering  a performance directly to his fans, the video itself is as efficiently structured as its source material is. Everything we see from shot to shot becomes interwoven with the tapestry of Vaters lyrical narrative.

I absolutely love the emotional depth created by the harmony between Vaters vocal and the guitar parts in the track, and whether you’ve been following his career thus far or are just now getting into his music for the very first time, I think it’s clear that there isn’t anything forced in his execution here.

“Won’t Let Go” is a very relaxed composition in every way that actually counts for something – in rhythm, rhyme and tone, there’s an easygoingness to this song that you don’t hear every day on the FM dial, and that alone makes it quite the pop gem indeed.

This master mix, which is the same whether analyzing the music video or the song on its own, is supremely detailed from top to bottom, but it doesn’t feel overwhelming in the least. I can definitely see where both casual pop fans and more serious audiophiles would enjoy the vivid textural expressiveness of the instrumental components here, and though the video is a very fetching watch, I’m confident that the bulk of audiences who take a peek at David Vaters work will be far more intrigued by his compositional skillset.

Those who have been hoping for some chill-inducing harmonies out of the pop underground this spring are sure to find a home run of a single/video combo in David Vaters  “Won’t Let Go,” and at the moment, I would rank this as being the best song this artist has shared with us to date. Vaters is developing a marvellous talent for melding the sublimely simple with the decadently melodic in his music, and as long as he continues to bring the passion that he displays in this track to his future recordings, he’s going to find himself a great deal of professional respect in the years to come as he has already achieved in the past.