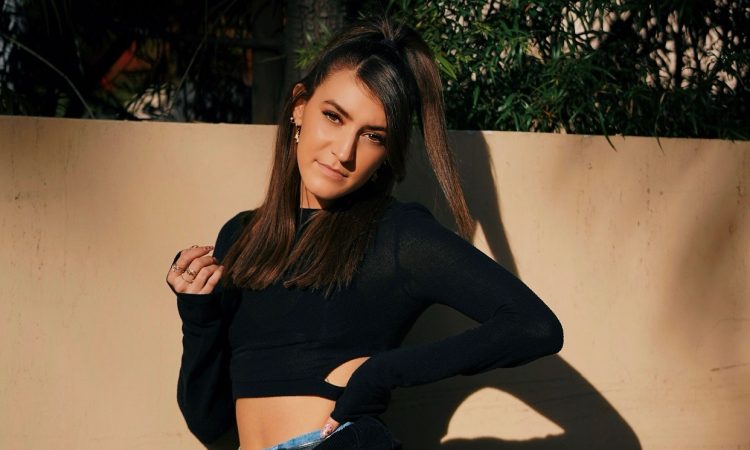 Raised on strictly oldies (mostly The Beatles), Brazilian karaoke nights, and guitar jam sessions with her music-loving dad, American/Brazilian singer Chelsea Klein has had a fascination with music since day one. As she grew up, she found herself obsessed with R&B classics and pop divas ranging from Destiny’s Child, Usher, and SWV to Christina Aguilera and Mariah Carey. Although always vocal about wanting to be a singer, Chelsea was still very shy and mostly kept her voice to herself, only singing on days her sister and parents were out of the house.

Chelsea’s empathetic and kind nature is what often draws people to her, but it has also been somewhat of a self-inflicted downfall for her growing up. Always afraid to say the wrong thing, Chelsea often kept her thoughts to herself. Now having chosen to embrace what makes her different, Chelsea has made a complete 180 in how she views her perspective and personality. Deciding that her love for music outweighed her fear of being judged or disliked, Chelsea moved to Los Angeles to prove she was serious. Working daily for the past few years with celebrity vocal coach Nick Cooper, Chelsea has focused on not only her talent and musical development, but the goal of wanting to bring strength back to kindness and listening to her music closely you can see exactly why.

Chelsea’s journey to Los Angeles and  upbringing has brought her to this point. Her single Gravity is likely to stand forever as a key turning point in the young singer/songwriter’s life thanks to the resounding way it announces her arrival to the music world.

Her take on this style is more melodic on the single Gravity and even has something of an orchestrated quality, but it bubbles with a modern sheen thanks to its music leanings.  Chelsea is a pop performer with substance who’s worth watching and hearing whenever you can.

She combines traditional sounds with amazing music in dramatic, ear-catching ways. The production style brings the song’s synths and keyboards into total sympathy with the song and likewise threading its way through the track.

Gravity often has a rousing, intensely emotional bent and the musical peaks that come along the way are perfectly built up to and integrate the various elements at her disposal in a seamless, highly musical way. Chelsea obviously arrived early at a vision for this song – it has an ideal running time and manages to pack a world of musical experiences into its relatively brief duration without ever sounding rushed or cluttered.

Her vocals are adept for facing down any challenge that comes along. She really makes great drama out of the song’s lightly ironic twist and brings an appealing combination of grit and melodicism to play delivering the song’s lyrics. Much like the arrangement, Chelsea’s lyrics never waste a word or any of the listener’s time and hit upon an accessible, conversational tone without ever dumbing down the adult subject matter.

The possible breadth of this song’s appeal is immense. Listeners old and young alike will find some basis to relate to Chelsea’s lyrics or else understand the enormity of the experience. One does not write songs about buying groceries – these are works of art in miniature and aim to depict impactful events and feelings in our lives.

We decided to catch up with Chelsea Klein for an interview to find out her past, present and most importantly future plans..

What inspired you to get into music?
I have definitely always been into music (as everyone in music loves to say), but I don’t even know how to pinpoint the exact inspiration. I’ve always felt a different level of connection with music because I am such a listener by nature, and have always almost felt like a burden when I talk about myself, so music has been a great outlet for all of those thoughts that get caught up in my head. And lyrics aside, there is just something so powerful about being able to convey emotions and stories with the sound I think that has always drawn me in even when I was too young to speak.

How would you describe your music?
I make pop music, but I am still doing a lot of exploring in terms of what direction I want to take. I feel like I’m so new and am inspired by such a wide range of genres, that I am still figuring out how to pull from all of those to create music that just feels like me when you hear it.

What would you say is your recording and songwriting style?
Honestly I enter songwriting sessions like it’s therapy! Because I’m not usually the first to offer up my thoughts and feelings in my day to day life, I definitely go into these sessions with A LOT on my mind. After some venting and joking around, whoever is in the room with me that day will usually have one or two specific points that they connected with from my stories, and we will tap further into that together turning it into a song. Then when I go in to record it, I’m essentially just retelling the story that I came in with in the first place.

Where would you like to see your music career in 5 years time?
I think in 5 years I would love to have put out a full cohesive album (if not multiple). I have worked on a lot of music, but because I’m still in the process of figuring out what feels the most ‘me’, I have yet to have songs that make sense to be on a full project together – they all usually feel very separate to me, even when they might be part of the same story. I also really hope to have some tours on the way – especially once I have full albums worth of music to sing live.

Where can music fans listen your music?
My music is anywhere that you like to listen! Spotify, Apple Music, iTunes, Youtube, etc. – just search Chelsea Klein wherever you typically listen and you should find me!