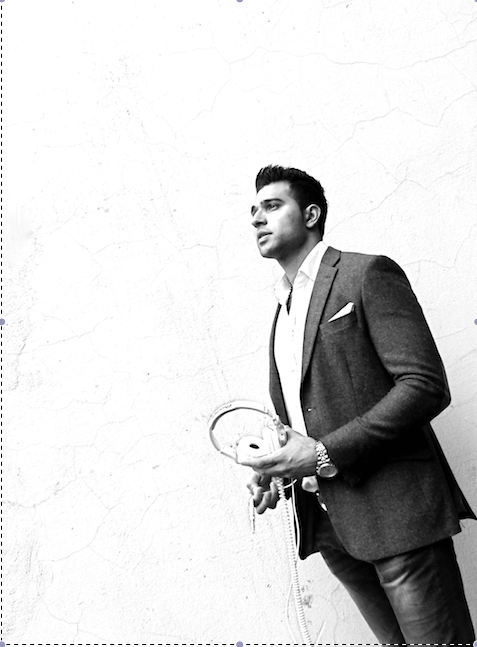 We caught up with one of London’s hottest up and coming club DJs, DJ Vik Toreus.

CM: At what stage in your life did you realise that you had a passion for playing music?

DJ Vik Toreus: At about seven or eight years old I started learning guitar and piano and I’ve always been interested in music, which slowly led to where I am today

CM: What inspires you?

DJ Vik Toreus: There were no DJ’s that particularly excited me but more the experience of the nightlife and seeing people perform, but when I started getting into it and practicing and doing gigs, I started following DJ’s more and more.

CM: I listened to your Blueberry Nation compilation mix, sound cloud, very eclectic, how would you describe your musical style.

DJ Vik Toreus: A mishmash of different genres, I play a bit of everything so it’s hard to narrow it down to one particular style, but generally I like to play happy, uplifting music. It’s a combination of house, RnB, old skool hip-hop, things that make people happy.

CM: The name ‘DJ Vik Toreus’…how did you come up with it?

DJ Vik Toreus: My real name is Vik. I’d been DJing for years with HV entertainment, a mobile disco company that I run with a business partner. I never really had a DJ title but when I started getting more into clubs I needed to make more of a brand name for myself. DJ Vick was a bit too clichéd, it wasn’t something that stood out. I went a bit back and forth over it because I didn’t want to make something completely fake. I wanted a cool name that had a part of me in it. I stuck with DJ Vik Toreus and I think it rolls off the tongue quite easily! Now all my friends are calling me DJ Vik Toreus, so it was the right choice.

CM: The name almost sounds like an alter ego, would you say that playing music makes you act different than in every day life?

DJ Vik Toreus: I don’t think it’s an alter ego but when I DJ it’s quite similar to how I am in person. They the way I dress, my image it’s how I am in person when I go out. It’s not like I’m quiet in the day or crazy in the night!

CM: Okay so your Blueberry nation mix CD is out on the 31st of July, can you tell us what people should expect?

DJ Vik Toreus: It’s being presented at the National Luxury & Lifestyle awards poll winners party so it’s being launched on that day. We’ll be handing out copies at the event. It’s going to be similar to the usual stuff, commercial deep-house, RnB, still very eclectic, very easy listening, something you can pop in to your car and listen too while you’re driving or at the gym.

DJ Vik Toreus: Home House London, Shaka Zulu in Camden, and a tie between Pacha London and the O2

CM: What are you’re top three international destinations to play at in the future?

I’ve been there a few times on vacation and there’s a market out there which a lot of people don’t realise, but they are very into the same kind of music that we’re into like hip-hop, RnB and house music. They have a lot of energy, they want to party and there’s a lot of talent out there.

CM: What are you listening to on your Ipod at this present moment?

CM: Worst songs of all time?