Frank Sinatra is remembered on what his 100th birthday!! 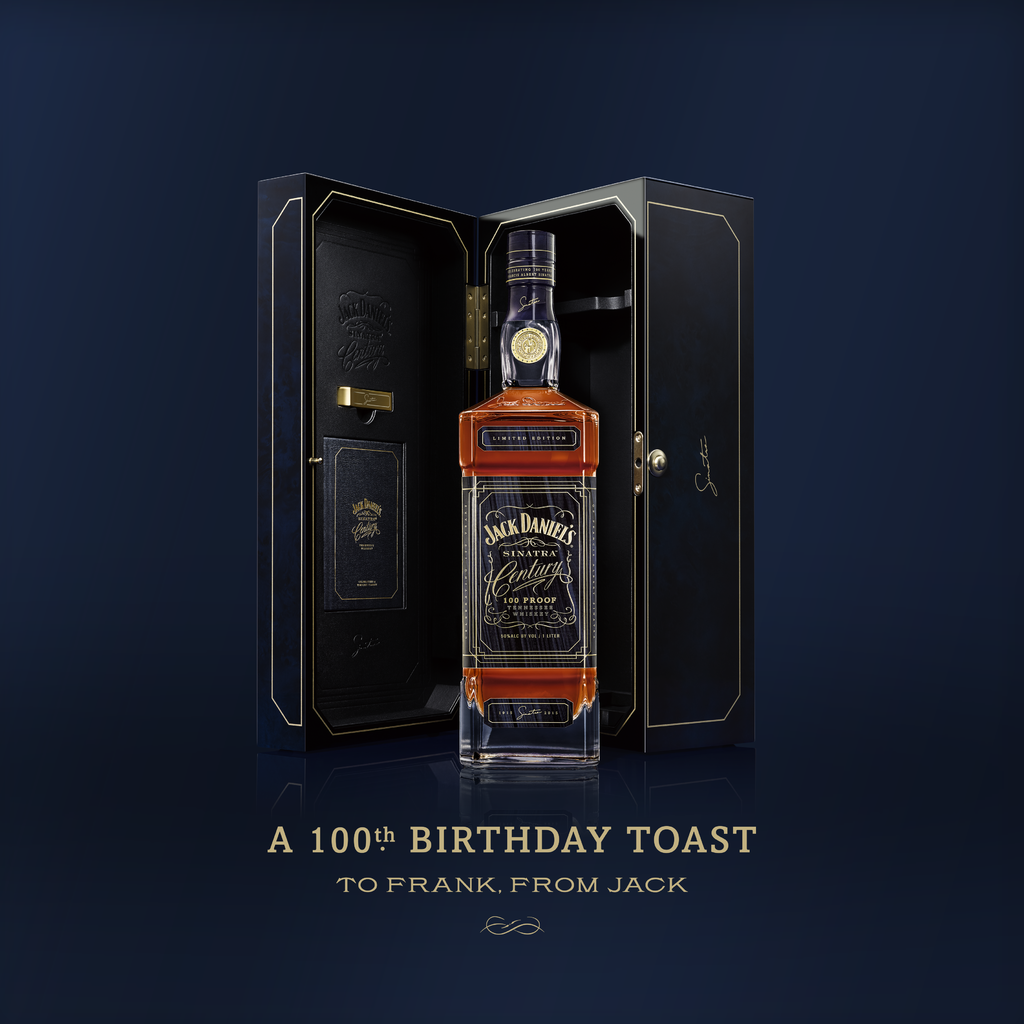 Celebrating the legendary friendship of two global icons, only 100 barrels of Jack Daniel’s Sinatra Century have been created, captured in individually numbered bottles making each as unique as the man it’s attributed to.

The 100 proof Tennessee Whiskey is matured in grooved oak barrels to create an amber liquid that’s bold in flavour with unprecedented smoothness and perfectly balanced hints of butterscotch, cinnamon and brown sugar.

Jack Daniel’s Sinatra Century is housed in a tailor made, lacquered carry case that resembles one of the grand pianos Frank famously played upon. A previously unreleased recording of Frank performing live at the Sands sits alongside the bottle embedded in a stylish tie clip, as well as a specially created book filled with stories, cocktails recipes and songs.

Jack Daniel’s Sinatra Century celebrates the 100th birthday of Frank Sinatra; a man, a legend and a lifetime fan of Jack Daniel’s. Look onstage at any given night and you would see Frank Sinatra, in his trademark tuxedo, captivating audiences everywhere.