London Fashion Week for Men kicks off 2017 with major announcements 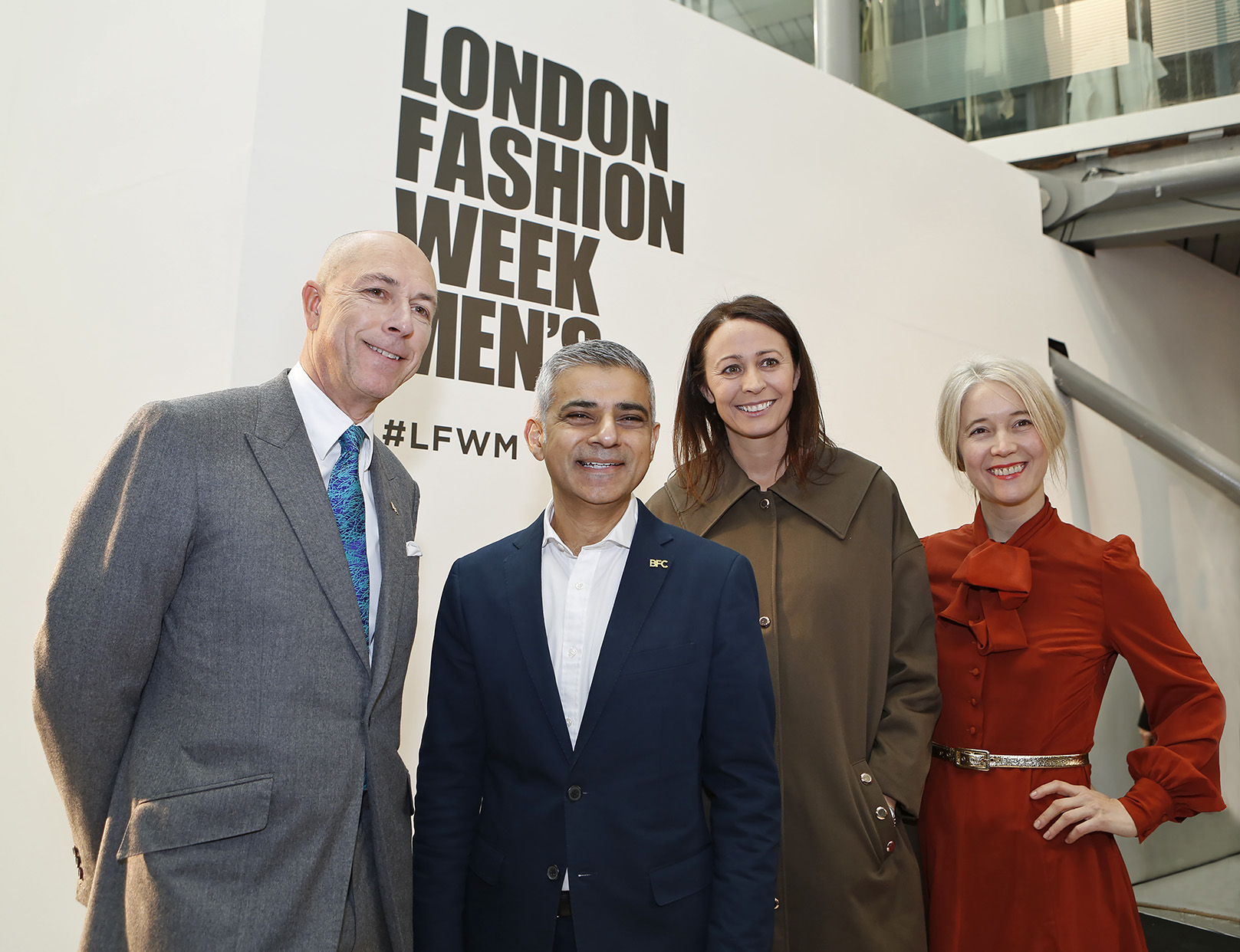 LFWM showcases the very best creative and design talent from around the world through a packed schedule of shows, presentations, installations and events from Friday 6th to Monday 9th January 2017.

Sadiq Khan, Mayor of London commented: “London Fashion Week Men’s is a truly international celebration of fashion, design and creativity. As Mayor, I’m proud to be able to provide funding to support this event and the next generation of London designers. Fashion is the largest employer of all our creative industries, supporting almost 800,000 jobs and worth an astonishing £28 billion to the UK economy. From Burberry to Stella McCartney, Agi & Sam to Vivienne Westwood, London has been at the forefront of modern fashion, shaping and defining the latest styles and trends for decades. Today, press and buyers from as far away as Beijing, Seoul and Montreal will flock to London Fashion Week Men’s, showing that London is truly open to business, talent and visitors from across the globe.”

Dylan Jones OBE, London Fashion Week Men’s Chair commented: “London has always prided itself on showcasing creativity, particularly when it comes to fashion, and as the city has always been a keen exponent of the traditional and the rebellious, it’s no surprise that in the last six months, our capital has become even more renowned as a centre of excellence.”

The Menswear Industry by numbers

This season Vivienne Westwood will return to the schedule to show their womenswear and menswear collections together in a Monday evening show. J.W.Anderson, nominated for British Menswear and British Womenswear Designer at The Fashion Awards 2016 in partnership with Swarovski, is on the main catwalk schedule alongside British Emerging Talent nominee Charles Jeffrey, who will show as part of the Fashion East MAN initiative alongside Fen Chen Wang and Per Götesson.

Belstaff, Christopher RÆBURN, Nigel Cabourn and YMC are amongst the brands showing merged men’s and women’s collections this season. A number of brands will be debuting collections immediately available to buy including Barbour, Chester Barrie, John Smedley and Maharishi.

Globally acclaimed brands Maison MIHARA YASUHIRO, SONGZIO and XIMONLEE presented by GQ China will also be returning to the catwalk schedule. The wide range of talent on display in London confirms it as the global home of menswear, including E. Tautz, Kent and Curwen, Lou Dalton, Matthew Miller and Sibling.

Blood Brother, Edward Crutchley, Harrys of London, MCCVIII, Michiko Koshino and Qasimi are all new to the presentation schedule this season, with John Lawrence Sullivan joining the catwalk schedule.

The Designer Showrooms will increase its footprint at The Store Studios to host more than 60 designers, occupying the central gallery as well as the East and West Wings. The East Wing will house the Accessories Showrooms as well as Multi-Label Showrooms and the Toni&Guy Salon. The Central Gallery will continue to host the Ready-to-Wear Designer Showrooms, NEWGEN Pop-Up Showroom and The Store at LFWM.