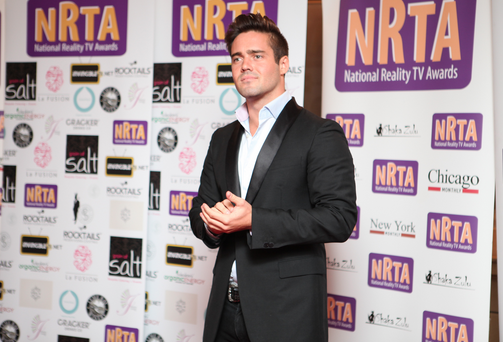 This year the nation’s favourite television shows The Apprentice, Dragon’s Den , Strictly Come Dancing, Britain’s Got Talent, The Voice, The Great British Bake Off, Child Genius, One Born Every Minute, Mary’s Silver Service, Goggle Box, Come Dine With Me and Grand Designs all battle it out at the 4th annual National Reality Television Awards taking place on the 22nd of September 2014.

Previous NRTA winners, The Apprentice and Dragons Den who are both up against each other as they both grab an amazing five nominations. Both shows are up for the heavily contested Best Entertainment Show, Best Business Show, Most Inspiring TV Show, with Alan Sugar (Apprentice) and Theo Pathitis( Dragon’s Den) up for Best Male Personality 2014 , whilst Karren Brady and Dragon’s Den entrepreneur, Peter Jones go head to head for the Best Reality TV Judge category.

This year over 1.7 million reality TV fans cast their votes on the official NRTA for the 20 categories from the beginning of January. Voting officially commences on www.nationalrealitytvawards.com on the 19th of August 2014 till the 20th of September 2014. The winners of each category will be announced by actress and TV Presenter, Louise Gookey at the prestigious awards ceremony which will be televised for broadcast on Sky 192 on the 1st of October.

Dragon Den star, Peter Jones (winner of 2012′s Reality TV Personality of the year) commented “The National Reality TV Awards are authentic and just what the industry needs. It is the first awards ceremony of its kind to finally re-define the whole reality TV industry into genres and the fact that millions of TV viewers are in charge of determining the outcome only adds to its credibility”

His comments were echoed by fellow NRTA nominee, Strictly come Dancing judge , Len Goodman who in an interview for the NRTA added “I am proud to be nominated for the National Reality Television Awards as it is the only awards ceremony to finally open up the whole industry as a whole. Talk shows, game shows, dancing competitions and docu-soaps all form part of the bigger industry that form reality television which is often not explored in its entirety”.