Think you know about Malaysia…? Wait till you discover Penang! 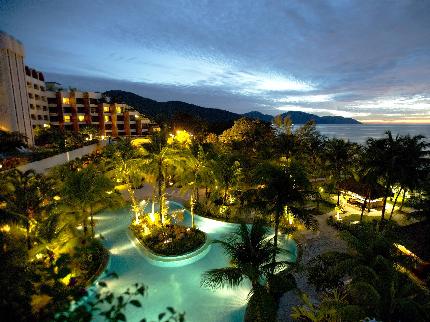 The island of Penang, often referred to as the ‘pearl of the Orient,’ is well known for its colonial charm, colourful street art and exceptional street food. However there is also a range of new spring/summer openings and renovations helping to provide both a compliment and a contrast to the island’s old world charm.

From new infrastructure to new hotels, TV filming and refurbishments, Penang is giving travellers more and more reasons to visit Malaysia this summer.

Predating Singapore and Melaka, Penang is Malaysia’s oldest British Straits settlement, founded in 1786 by Captain Francis Light. It is

little wonder therefore that Channel 4 has chosen the island to double as the streets of India for its new TV series ‘Indian Summers,’ based on the British colonial rule in the country. Starring Julie Walters, Henry Lloyd-Hughes and Jemima West, the ten part series is set during the decline of the British Empire and is due to be screened on Channel 4 in 2015.

Penang has welcomed the launch of a brand new bridge, linking the island to the mainland. Opened on March 1, The Sultan Abdul Halim Muadzam Shah Bridge or ‘Second Penang Bridge’ spans 24km, with 17km of that over water. It is the longest bridge in Southeast Asia and the third longest in the world. The bridge can take up to 100,000 vehicles per day and offers a shorter route for those travelling from the mainland to the Bayan Lepas and Balik Pulau regions in the south of the island. Without traffic, the bridge takes just 20 minutes to cross. The bridge was constructed to ease congestion on the first Penang Bridge, which opened in 1985 to connect the island’s capital, Georgetown, to the mainland. To celebrate the launch, The Sultan Abdul Halim Muadzam Shah Bridge will play host to the world’s longest bridge marathon this November.

Nestled in the heart of historic Georgetown, the Royale Bintang Penang Hotel opens its doors this month and boasts 180 ro .oms, an infinity swimming pool, a spa and a range of food and beverage options, including a restaurant, tea room and cigar lounge. Located at the Weld Quay and within walking distance of the major historical sites along the Heritage Trail of Penang, the hotel is partially housed in a beautifully restored heritage building which dates back to 1892. Rooms start from 350 MYR (£65) per night. For more information please visit the website.

One of Penang’s most distinctive buildings, the Cheong Fatt Tze Mansion, or ‘Blue Mansion’ as it is commonly known, has undergone a refurbishment to its 18 hotel rooms. Built in the 1880s, this famous indigo-blue Chinese Courtyard House in Georgetown was previously the residence of Cheong Fatt Tze, a prominent Chinese figure in the newly established Penang Straits Settlement during the 19th century. Built by master craftsman who were brought in especially from China, the distinctive building offers 38 rooms, five courtyards, seven staircases and 220 windows, and is considered a masterpiece thanks to the intricate and ornate carvings and shard works. The layout is based on the principles of feng shui and the property also boasts an array of rare antiques, sculptures and tapestries. This June, the Blue Mansion is re-opening its 18 hotel rooms after a refurbishment and will also be launching a brand new restaurant which is open to both residents and guests. Rooms start from 520 MYR (£95) per night. For more information, visit the website.

Celebrate the 6th Anniversary of the inscription of the Historic City of George Town as a UNESCO World Heritage Site with two days packed with memorable events for everyone. The annual Heritage Celebrations take place right in the streets of the inner city and is a tribute to the warmth and vibrancy of the George Town communities. Discover what makes George Town special from performances, art, craft, food and architecture that are all part of Penang’s heritage.

George Town Festival is a month-long festival which began as a celebration of George Town’s UNESCO World Heritage Site Listing in 2008. Since then, the festival has developed into a celebration of spectacular events spanning the arts – from world-class performances to cross-cultural creative collaborations, experimental art, traditional and contemporary performing arts, as well as exciting local community initiatives and public installations.

The Penang Bridge International Marathon (PBIM) is this year setting the record as the world’s longest bridge marathon, taking place on the newly opened Jambatan Sultan Abdul Halim Bridge, also known as the Second Penang Bridge. There are several categories available during the competition, from full marathon, half marathon, 10k and a more modest fun run.