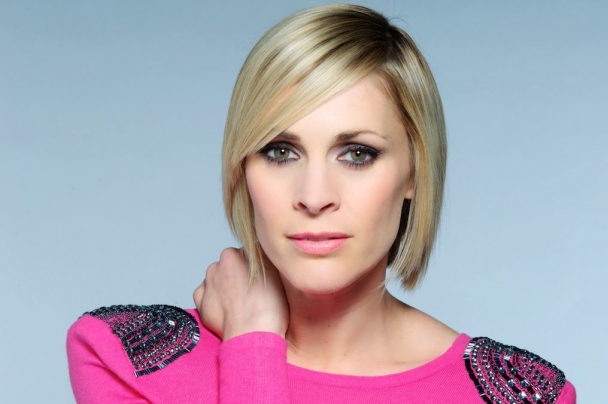 She’s up daily at 2.30am, on air by 4am then running 8 miles back to her home to look after her 3 year-old-daughter for the day. As a busy Heart FM radio presenter, runner and mum, Jenni Falconer never compromises on her active lifestyle and keeping fit.

Jenni, 39, developed a strong interest in sport from an early age as a keen hockey and tennis player in school. She recently ran her 5th London Marathon in under 4 hours, after committing to a gruelling training schedule consisting of boot camp sessions and long distance running at the weekends.

Her love for running began during her time of reporting for GMTV on I’m a Celebrity…Get Me Out of Here in Australia. She did 6km everyday and carried on with her training once back at home.

Jenni says: “One thing I’ve learnt through running is to do a thorough warm-up and cool down to ensure I get the most out of my workouts. As part of my cool down routine, I massage my legs with Nelsons arnicare Arnica Cooling Gel directly after a run – particularly after running long distance. My daughter even helps me apply it sometimes, and it’s also great for her if she falls over or bumps her knee. She calls it ‘magic cream! ”

Following an injury in 2013, when Jenni obtained a form of shin splint due to running in ill-fitting trainers, she made a full recovery and is now fitter than ever, carrying out around five hours of exercise a week. She also really enjoys indulging in her favourite dishes, and even had a pizza named after her at her friends’ Italian restaurant.

Despite her love of food, Jenni makes sure her family regularly eats healthily.

“I’m not the best chef so there’s nothing complicated about my diet. We have tuna or salmon with mashed potatoes and broccoli. I do like a glass of wine or champagne though. I think I appreciate it more with motherhood.”

Jenni Falconer is a fan and ambassador of specially formulated, Nelsons arnicare Arnica Cooling Gel which is ideal for massaging into muscles following physical exertion, or to revive tired legs after being on your feet all day. It is non-greasy and easily absorbed by the skin, combining the natural benefits of arnica with the refreshing sensation of grapefruit oil and menthol to cool and soothe the skin.