Experiment is back with new single 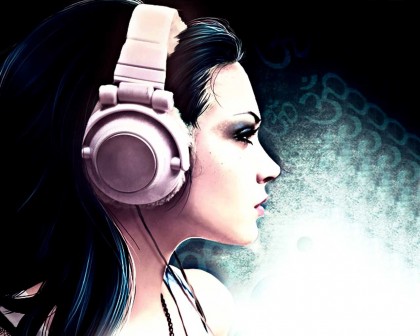 Experiment is the house/dance outfit made up of members “me”, “myself” and “i”. All three members have mastered their craft for years. The trio have ghost-written over 700 songs and have contributed to over 29 top ten chart hits in their career working with the industry’s biggest artists under different alter ego’s.
‘Me’ describes his music as a little bit of old skool, hiphop with a touch of new skool to add to the mix whilst ‘DJ Myself’ is completely immersed in dance music and apart from DJ-ing is always raiding old skool dance records to pick up samples, and Mr ‘I’, well as the name suggests, ‘I’ is an intense character who is in to both indie rock music and soul music. Together, they form the Experiment. New catchy single, “Come on let’s dance’ is out on the 4th of June 2011 on IMG Records.
Experiment started life in Shoreditch , East London in 1997, where they held a regular club night called ‘Experiment Music’ , which was also held in a variety of venues monthly around the world including the Suite , Marbella , Lox, Zurich (Switzerland) and in Amsterdam. They were joined by DJs including Roger Sanchez, David Guetta and Carl Cox. The night became extremely successful expanding as far into Asia with regular monthly nights gaining a huge audience in Thailand, Japan and China.
In 1999, the group released their first full length album, ‘Thinking outside the Box’ on independent label, Vassilo records. ‘Thinking outside the Box’ included the single “Musically challenged “, which was featured on commercials by leading shoe brand Kickers. Other singles on this album were “DeJaVU”, ” Symbols of euphoria” and “Mastered the art”, which was top 10 in over 9 European countries exploding into the German charts, French charts, Spanish charts and gaining Number 1 in the official Swiss charts.
After a hiatus from the industry which saw the group take time off to DJ around the world , produce for other artists and write for a variety of pop stars at thesame time working on their album. The Experiment are back in 2011 , stronger, fitter, faster and more mysterious than ever.
‘Me’ added “When Experiment came into the music industry, things were different. There was no Facebook, Myspace or Youtube. So, we never had to market online, etc. The industry has changed so much now and we are glad to be back at the forefront of it with this new album. We have definitely captured the new generation as it stands and at thesame time as always sprinkled a little bit of EXPERIMENT’s ‘good times, fun natured MUSIC’ into the final mix. What you would get from our album is a ready made meal ready for dinner and desert to leave you wanting MORE, MORE, MORE and MORE”

Experiment will be DJ-ing and doing  a Live PA at Hotel Martinez, Cannes in France  on the  21st of August 2011. For more info: Log on to : www.youtube.com/experimentmusic