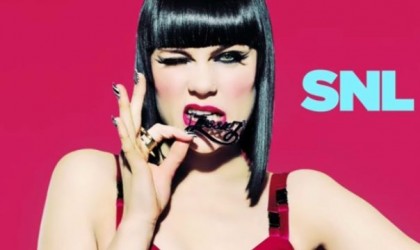 The much anticipated 9th annual Urban Music Awards sp
Jessie J, Wretch 32 , Example, Chris Brown, Kelly
Rowland, Adele, Katy B, JLS, Nicki Minaj, Tinie Tempah, Lock Essien, Ed
Sheeran and Joss Stone are just a few chart-toppers who join a list of
nominees for Europe’s biggest annual urban and dance music awards show.
The much anticipated 9th annual Urban Music Awards sponsored by Corona Extra
will be held on the 14th of September 2011. Over 1.2 million music fans
nominated in over 16 categories from the start of the year and the voting
has now officially commenced today.

Recent chart topper, Wretch 32 receives a record 6 nominations for Artist
of the Year , Best Single, Best Music Video , Best Collaboration featuring
Example with his single ‘Unorthodox’, Best HipHop Act and Best Male Artist.
The London rapper who recently signed a deal with Ministry of Sound added
“I am extremely excited to be nominated for this year. This is amazing news.
The Urban Music Awards has led to a successful commercial urban music scene
in the UK and Europe and i have always wanted to be at the UMA’s. Thanks to
all the fans who nominated me and i can’t wait till the show in September”.
Wretch 32 will be battling it out with Essex girl, Jessie J who is up for
4 nominations including ; Artist of the Year, Best Album for ‘Who you Are’
, Best Female Artist, and Best Single for ‘Nobody’s Perfect’.
Chart-topping, Dance/HipHop act Example is also up for a record 4
nominations including; Best Male Artist, Artist of the Year, Best Dance Act
and Best Album for ‘Won’t Go Quietly’. Example also picks up a further 3
nominations for his collaboration with Wretch 32 on the chart topping single
‘Unorthodox’.

Other nominees this year include; JLS, Chipmunk , Dappy (N-Dubz), Tinchy
Stryder, Chris Brown, Jason Derulo, Tinie Tempah and newcomer Lock Essien
who scored a top 10 hit with his single ‘How we roll’ earlier this year.
Female artists have also dominated the 2011 Urban Music Awards nominations
list with nominees including ; Alexandra Burke, SoundGirl , Joss Stone,
Emilie Sande, Kelly Rowland, Mz Bratt , Yasmin, Nicki Minaj, Adele and
Katy B who is up for Best Female Artist , Artist of the Year and Best
Album for ‘On A Mission’

The Urban Music Awards was launched in 1999 with it’s first event hosted in
2003. The UMA organisation built the UK urban music scene to the commercial
success it is today and invested millions in developing, celebrating,
awarding, nurturing, and encouraging artists who have become household names
today. It became the 1st ever awards show in the UK to award 100% of all 17
categories to strictly British acts. This led to several multi-faceted
sponsorship deals with brands such as; Samsung Mobile, Timberland,
Footlocker, Kickers, MAC Cosmetics, Wella Professionals and many more to
strengthen the UK Urban Music scene. The UMA’s did not stop there, the
awards show became the 1st ever British based awards show to launch a US
version with the Urban Music Awards USA in New York city in the year 2007!
From it’s inception all categories are nominated and voted for by music fans
which makes it a truly people’s choice awards ceremony.

To celebrate the continuous success of UK urban music; The UMA’s have
announce a brand new social networking site where music fans, upcoming
artist and established acts can network, share music and create a support
frame work to increase urban and dance music globally. UMA’s 2011 will be
syndicated for broadcast in over 7 countries in Europe with a potential
audience access of over 48 million music fans worldwide and this will follow
the launch of the UMA 2011 compilation album featuring a mix of talent from
Europe.
The UMA’s is pleased to announce our Official Beer sponsor for the 2011 is
Corona Extra . Brand Manager, Darrius Burrows added ”

“Corona is more than just a beer, it has always been about connections.
People coming together, strangers becoming friends and old friends becoming
even closer. Music always has the powerful feeling of bringing people
together and we are very excited to sponsor the 9th annual European Urban
Music Awards to celebrate the best in urban and dance music”.

Music fans who have nominated for all the categories will get to decide by
voting on who gets to win a prestigious UMA award. Voting is currently
live till the 4th of September 2011 @ www.urbanmusicawards.net

Please, find below the full list for the 9th annual Urban Music Awards 2011:

To vote for your favourite act, go to ; UMA Official site