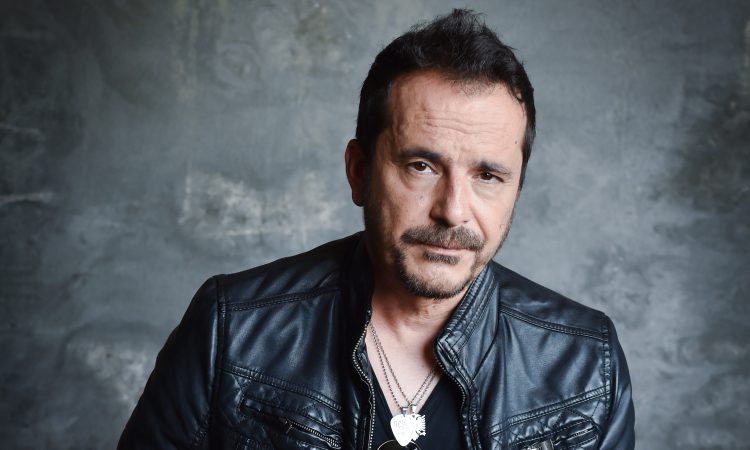 Los Angeles based singer-songwriter, Skender Beck, is a Kosovan born modern rock artist,  whose debut album ‘STARS ALIGNED’  was just released on October 2020.  Through the arena rock lens of bands like U2 and Kings of Leon, the album explores inner conflict, hope, love, and Beck’s personal journey from Kosovo to the United States. Beck’s smooth yet haunting vocal style gives his songs a modern theatrical depth that is reminiscent of singers like Brandon Flowers.  Lonny Paul, from the band Adler, also noted Beck’s modern take on classic rock, noting that it reminded him of “….a modern day Pink Floyd with a little Dire Straits influence. Great songs, and production.”  Several of the songs on the album were mixed by Grammy-nominated mix engineer Marc DeSisto, whose accolades include working with classic rock legends like Pink Floyd and U2.

‘STARS ALIGNED’ is a culmination of Beck’s story and present circumstances, and after years of these songs swirling around in his mind, Beck finally decided to bring them to life. He wrote the lyrics, sang the vocals, and arranged the instrumentation himself, though he collaborated with professional studio musicians to help him perfect the recording.  While the album title suggests luck in the “stars aligning”, Beck’s passion for music, life experiences, and hard work are the main factors that brought this album into existence.

We ,managed to listen to Skender’s track “Gone” and you automatically are drawn to the sense that his material brings modern rock and its sonic signatures together with traditionally minded singer/songwriter fare with stunning results. The heavy effects often applied to his guitar work and on the music as a whole is amazing. Instead, those sonic embellishments are every bit as key to the EP’s success as the actual lyrical content and musical arrangements. The opener  gives us an excellent introduction to the tone and tenor of his creativity and the video speaks a thousand words with all characters especially the leading lady playing her role in fitting with the general storyline of the song. Skender concentrates his playing on serving the song at large. There are subtle Brit-Pop influences running through this single and the intelligent lyrical content is often quite biting, but Skender creates additional layers of tension by never over-emphasizing those particularly pointed passages.

We managed to catch up with him for an exclusive interview;

What inspired you to get into music?
My everlasting passion for art. I think of music as the most expressive way to open up your soul. I love how as a musician you can impact someone’s life and how you get in someone’s crucial moments of their lives through your music. The melody you might’ve created embeds in someone else’s memory and I find it fascinating that it could be there forever in their lives. I believe that the moment you hear that specific song, it inevitable recalls the feeling you had when you first heard that tune. Any song I hear has an emotional weight in my mind. Most of the time I get the lyrics wrong and realize that the song has nothing to do with what I though the song was about. And I’m okay with it.

How would you describe your music?
My music had been described as “ The sound of arena rock bands like U2 and Kings of Leon with a haunting and dynamic vocal style” but personally I never thought of any way to describe my music. I have hard time describing my music as I don’t try to follow the standard rules of music. I make music how I feel and that, to me translates as emotional rock music.

What would you say is your recording and song writing style?
I write songs about stories that make an impact on me. Be it from my personal life or seeing someone else’s. Anytime I hear someone’s problems they inevitable become mine. I can’t help it. I find the mood for that specific feeling and then I follow with my instincts for the rest of the instruments.

Where would you like to see your music career in 5 years time?
Honestly….I dunno. Most likely I’d be still making music just the way I’m making now. I always set really low bars for my music goals. When I made “Stars Aligned” my goal was that on my release day, Oct 14th, 2020, I’d be downloading my album and listen to all my songs. That was it! That was something that I knew for a fact it will happen. It’s not that I don’t have ambition, but been working as an artist all my life and realized that having a big dreams the way we think it’s counterproductive. My dream was to make music and I made it happen, the rest it’s not up to me. Luckily, I have people who love my music and that’s a success beyond my dream.

Where can music fans listen your music?
“Stars Aligned” is available on iTunes, Spotify. Deezer, Amazon and some 40 other digital music platforms that I honestly didn’t even know existed. My website is SkenderBeck.com is a good place to get connected with my social media & music links.