Mission to Spain to test the new Jaguar XF 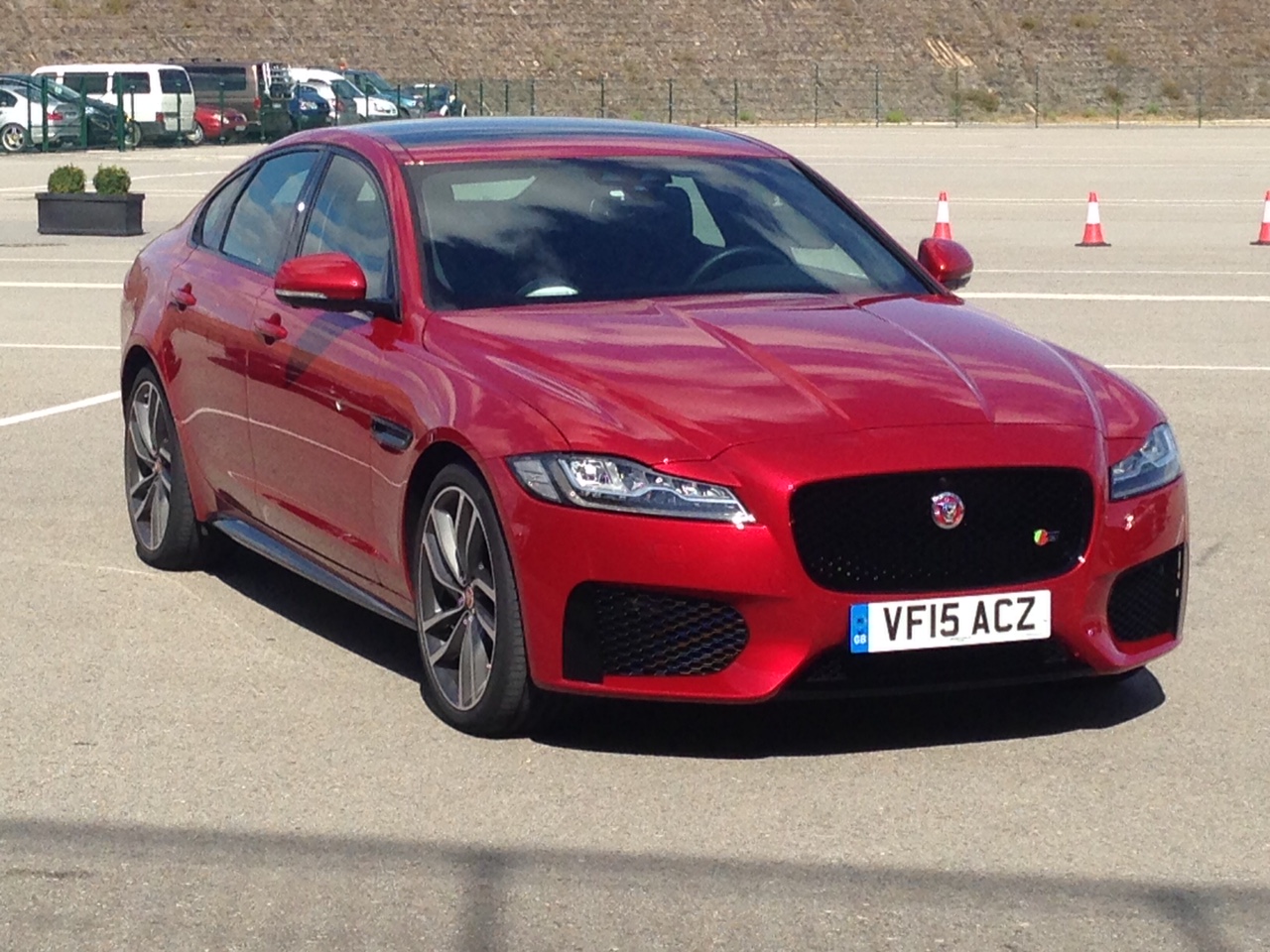 I was fortunate enough to be asked to attend the launch of the all-new Jaguar XF in Spain both on the road and at Circuito de Navarra on Saturday 5th September. Not only were the hosts, presenters and everyone that represented Jaguar, both directly and on their behalf professional, yet warm, friendly and approachable… the car is exceptional! On arriving in Spain, after the formalities of a safety brief/waiver sign off, we were shown to the cars we would be driving to Navarra.

The first I got to experience was the 163ps RWD 2.0 ltr diesel automatic in the Diplomat specification, which was visually stunning on approach. It has a look of effortless power, even when stationary, it speaks of movement, asking you to take it for a spin. And when you do, my word, you are rewarded! The XF also offered an equally impressive interior, every detail a pleasure to behold, each surface beautifully crafted to be ergonomic, tactile and of the very highest quality. Sumptuous leather seats cradle you and as you would expect the driving position is endlessly adjustable to suit all. I found myself reopening the door to hear again the perfect sound it made on closing, the drive to the track from Bilbao was some 178 km, I was paired with another of the fortunate few at the event (a lovely young lady named Hannah) we each drove half of it, myself going first. 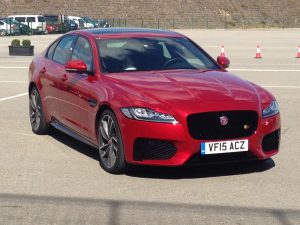 Considering I was in the ‘wrong’ (left) side of the car and in an automatic when used to a manual, it really was fairly effortless, the car performing my will rather beautifully, proving to be quite simple and intuitive in operation, this extends to the media unit, which basically does it all, just as you’d expect and more. Cabin noise was extremely minimal (aside from witty banter!), feedback through the steering wheel enabled smooth sailing without vast amounts of adjustment, not a hint of the ‘twitchiness’ I’ve experienced in medium/large powerful saloon cars on narrow roads in the past. The throttle response took some getting used to, it’s close to instant! And speed limits changed often-at times within forty yards the limit will have changed three times! The miles were whittled down all too quickly and the track loomed ahead. The fact we knew lunch was waiting and the place looked like the real deal with glimpses of twisting track offered as a starter on the short drive into the pit-access.

A brisk and enjoyable lunch was followed by a presentation from chosen representatives of each area of design and engineering that nurtured this car to fruition, without repeating all the stats and individual improvements-I was most taken by the passion each showed for their ‘subject’ so to speak and how it fitted into delivering the overall goal, of ‘doing everything better’ than its predecessor, and by virtue of it’s success in this, the competition too.

The track was waiting, it time for us to have a professional driver take us out, show us a little of what the car could do, advise us as to the meaning of the markers to aid in hitting the best line to get safe, fast and clean laps. I was assigned Carles, (with, I believe a history in rally-driving, but certainly a great track driver too).
The model for this was somewhat more apt for the track (though I’m sure the car we arrived in could have put in a respectable time itself). It was time for the XF-S to shine and shine it did, the throttle response and its ability to deliver it’s abundant power without tearing a hole in the road-or in time, seemed a few steps past genius to me! It’s a supercharged 3.0 ltr V8 petrol automatic (with rapid paddle-shift) and has a great power-train, the 8 speed transmission quickly and efficiently picked its way to vast speed smoothly yet assertively. The ride was incredible, 28% more rigid sounds like a huge improvement to make on a car that already handled superbly and… it is! The poise of the car was excellent under all the intense demands of the of track driving, it had not been race prepared and was in fact exactly how a customer would receive it, so no roll-cage. Regardless, even under the massive lateral force of cornering at maximum speed, it all felt perfectly manageable, reassuring and confidence inspiring, the handling at the heart of it, a ‘green light’ for the pre-programmed set of survival instincts we each possess. The wheel base improvements (longer, less overhang) and the variability of the suspension that is switch-able, along with the ecu set-up are just two of the dynamic settings that can (by degrees) tame the beast to make everyday use comfortable and practical too. But here it was at it’s glorious full sporting best. My laps got a little better each time, my fondness of the car grew at a far greater rate.

Finally we were again paired to drive east to the hotel for the night, another-hugely enjoyable 130ish km later I had both engrained more deeply my respect and desire for the all-new XF but also re-acquainted myself with Bruce Springsteen through the media centre having paired to Hannah’s phone, this was our first use of the sound system and-I have to say the audio set up is fantastic, the experience overall was brilliant and the last leg literally rocked!