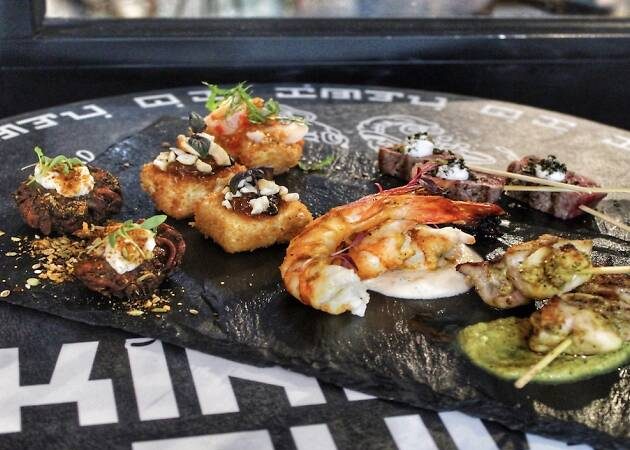 6.88Kviews
The Shoreditch restaurant Kinilaw & Buko is the offiical restaurant sponsor for the 5th anniversary of the National Film Awards taking place at the Porchester Hall on the 27th of March 2019. Andrew Zilouf and Executive Chef Francis, formerly of Nopi, set up Kinilaw & Buko next door to Shoreditch’s top Asian restaurant 100 Hoxton, which they set up in 2013. Kinilaw is a type of Filipino ceviche that uses vinegar to cure a delicious array of ingredients. Hits include hand-dived scallop with fermented roe, cucumber, radish & chicharron. The kinilaw menu is complemented with a range of hot dishes, including the ever-more popular inihaw grills.
Chef Francis Puyat has brought a little bit of home to Hoxton with two delicious menus inspired by the cooking in his native country.

What better way to round up a healthy vibrant delicious meal than by tucking into some heavenly ice cream. The menu is again inspired by filipino flavours. All ice creams have their own unique toppings. Served in polished coconut shells or our equally mind-blowing homemade vegan and gluten free waffle cones.

A little less known fact is that illustrator Kirill, took time off from being in Berlin to design Chef Francis’ tattoo. He then came down specially to ink the tattoo on chef’s arm in the venue before they officially opened. It came out so beautifully and that became the inspiration of the restaurant’s logo.

For more information. Go to: https://www.kinilawandbuko.com/