Shared parenting should not be confused with parental rights, says Law Society 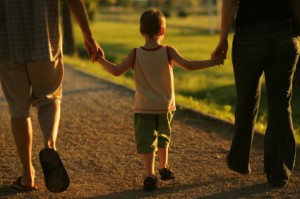 Shared parenting legislation, aimed at strengthening relationships between parents and children after seperation, could detract from children’s wellbeing, the Law Society is warning.

Responding to a Government consultation, published today, in which ministers are proposing different ways to establish the notion of “shared parenting” after seperation, Law Society President John Wotton said: “Introducing a legislative presumption of shared parenting could lead to unrealistic expectations from fathers, with a huge rise in fathers asking the courts for ‘equal time’. This could undermine the Government’s drive toward mediation and out of court settlements. The Government should avoid any implication in the statute of any right to equal time with a child, or any prescription of appropriate amounts of time. The primary focus should be on the rights and welfare of the children, not those of the parents. The principle that the welfare of the child is the court’s paramount consideration should be maintaned.”

John Wotton pointed out that: “The current legislation does not favour one parent over another, but seeks to ensure that arrangements following breakdown are based on the best interests of the child.”

“It is in the child’s best interests to have a meaningful relationship with both parents where it is safe to do so. The benefit of ongoing involvement with both parents is already a factor in the court’s decision-making process.”

“There is no doubt, unfortunately, that once a court has made an order for access, and a father finds that the access is being thwarted by the mother, there is no currently effective remedy for the father. The Law Society therefore welcomes the Government’s intention to find more effective sanctions to enforce breaches of court orders regarding care arrangements.”