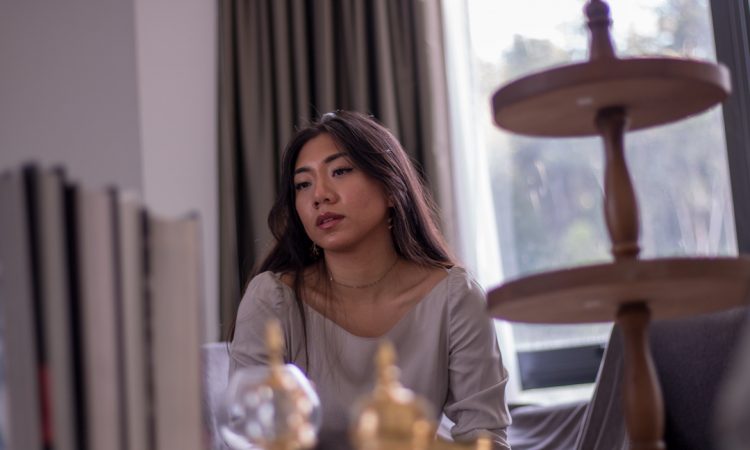 Introducing singer-songwriter Aisyah who is a native of Brunei but born in Liverpool .. Her  single, ‘Slow Down’ is out now, but from a young age, she knew that music couldn’t just be a hobby. With her determination to make a positive impact with music, she relocated to Rochester, NY to attain a Bachelor music degree, after graduation, she moved to LA and worked at Hans Zimmer’s Remote Control Productions where she became the first Bruneian to work in the American film music industry. After working on Walt Disney’s Christopher Robin, Netflix’s Daybreak and Marvel’s Cloak & Dagger, Aisyah turned to songwriting. Her debut single was originally scored for James Abrams’s short film, Walls’. In 2021 she moved back to her hometown to expand her reach in the Southeast Asian music industry and beyond.

After garnering plenty of hype with her 2021 single, Slow Down, featuring Pisces Kid, contemporary RnB pop artist Aisyah reworked her standout track by introducing more attitude and a smoother pop edge to the stylish framework of entrancing beats and soulfully rendered melodies. Slow Down became increasingly more conceptual with the introduction of Zalelo’s verses which act as the all-too-relatable conflicting voice telling you to throw caution to the wind. Aisyah and Pisces Kid stick with the original script and battle with past experiences warning them about diving in head-first into the long haul, allowing Slow Down to offer a stunning sense of duality that won’t fail to draw the listener into the panoramically emotional release. Slow Down (Remix) featuring Pisces Kid and Zalelo will be released on April 30th, 2021. The official music video will follow later. Aisyah said: “Slow Down is about a couple wanting to commit but feeling hesitant due to their previous relationships.”

Amelia Vandergast at A&R Factory said:
“Slow Down shows how much Aisyah learned while working in the film industry with her cinematic RnB pop style and her ability to portray all too relatable emotion which will resonate on a deep level.The remix brings in Zalelo, a second featuring an artist who creates a contrast to Aisyah’s and Pisces Kid’s verses as she expresses with absolute certainty that she doesn’t care about the pace or people’s opinions. Hear it once and it will be in your head for days.”

Find the link to the song here