The Cost of Dating. Is it all worth it? 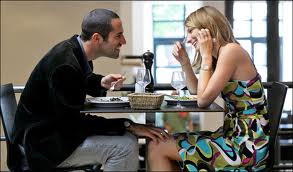 A lifetime of dating will feature 13 first dates, 11 romantic dinners – and seven ‘disasters’ before we finally meet ‘the one’, a study has revealed. Researchers also discovered the average adult will spend almost £11,000 on dating before they finally walk down the aisle – not including the wedding itself.

The first year of a relationship is actually the most expensive, thanks to regular costly dates and constant gifts to impress a new partner – during the first 12 months of a relationship, the average singleton will spend £3,629.

This bill will then drop by a £1,000 during the second year to £2,760, as couples settle into their relationship and spend less on schmoozing.

A spokesman added  ”It seems the dating game is a costly one for us Brits wanting to impress in the first forays of a relationship.

”When you add up the amount you will spend before you finally marry ‘the one’, the cost can be staggering, so it is no wonder splitting the cost of courtship is becoming more common.

”And it seems the money we spend isn’t just on the date itself. Many use it as an opportunity to treat themselves to a new outfit, beauty treatment or haircut, not to mention the gift purchased to really impress their potential partner.”

The study also found that the cost of dating rises again after an engagement – as the average fiancé can expect to spend £3,012 on dates between the engagement and big day.

During each first date, men will spend around £16 on gifts such as flowers or chocolates in the hope to win over their new potential love, and an extravagant one in five have even taken a date abroad in an attempt to really impress them.

These holiday dates end up costing us £760 a time, so aren’t quite as popular as a trip to the cinema.

But parting with the massive amount of money doesn’t guarantee a good date, as the results also found that, on average, we’ll endure around seven ‘disaster’ dates during our dating lifetime.

One quarter of people have had to get a friend to call or text them with a ‘fake’ emergency to give them an excuse to leave an awkward date.

THE COST OF COURTSHIP