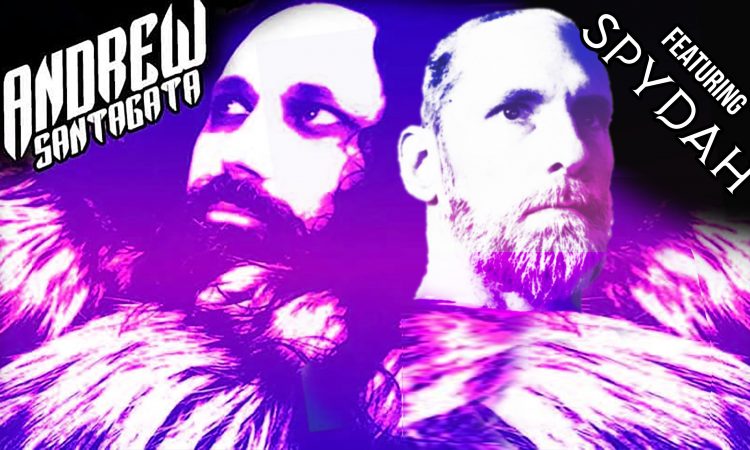 Andrew Santagata featuring Spydah in 2020, have released three stand alone singles and videos, “Take Me Away”, “Bette Davis Eyes” and “Middle Of Night”, all to great response. The duo has plans to release a slew of “stand alone singles” and videos, all throughout 2020 and 2021!! Andrew and Spydah have been making music together on and off since 2006, with their first release together, the full length CD, “Creates A Scar”, from the band “A Breed Apart”. Andrew and Spydah toured in support of the release opening for bands such as Sevendust, Alice in Chains, and Godsmack. Realizing the strength of their creative compatibility, the two released an EP as a side project while A Breed Apart was on hiatus. Following the disbandment of A Breed Apart, the duo would continue to work and contribute together on most of Andrew’s post ABA solo material. Keep your eyes peeled and your ears to the ground for what this duo has planned next!!

What inspired you to get into music?
We both got me into music at a young age. For Andew, initially was Paul Stanley and Kiss followed by a lot of different 70’s and 80’s rock and metal, ie, Ozzy, VH, Motley, etc. Spydah practically grew up with a soundtrack, between his parent’s love for music and various bands practicing in the basement.

How would you describe your music?
A hybrid of rock and metal. We like to move around a bit and push the envelope, sometimes we release a heavy nu-metal song, next minute we release an 80’s melodic rock song, you just never know LOL.

What would you say is your recording and song writing style?
We’re largely driven by the music. One of us will come up with something and it kicks off a feedback loop until there’s a finished composition. We have different styles in modern music but are ultimately unified by our roots, which results in an interesting and unique combination and some real diversity in our songs.

Where would you like to see your music career in 5 years time?
We’re just trying to find our people. With so much access to so many good artists these days, it’s hard to find the people who REALLY appreciate what you do. In 5 years we want to have found as many as possible and be motivated by them to make the music that motivates them.

Where can music fans listen your music?
Fans can find our music @ youtube.com/santagatamusic and youtube.com/spydahmusic